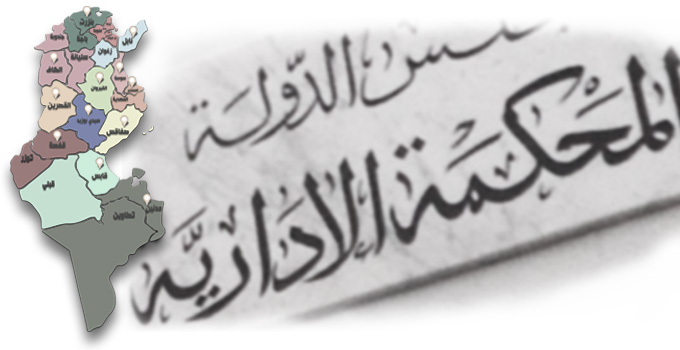 In addition, Article 142 spells out the body’s new role at the level of local government:

Local elections as a first challenge

The rehabilitation of institutions introduced by the Constitution aimed at breaking up centralized decision-making powers, at once enabling more effective controls of local authorities and rendering recourse to the judiciary more accessible to citizens. This is the function of restructuration, but what does it look like in form?  Decree n˚2017-620 of May 25, 2017 designated 12 regional administrative courts of first instance and their districts of jurisdiction, with chambers in Nabeul, Bizerte, Kef, Sousse, Monastir, Sfax, Gafsa, Gabes, Medenine, Kasserine, Sidi Bouzid and Kairouane. Additionally, a ruling on May 18, 2017 set the procedures for the recruitment of 60 new administrative judges, a process encumbered by delays and criticized by the Union of Administrative Magistrates for lacking transparency.

Nonetheless, on February 22, 2018, 60 administrative judges, 120 personnel and 12 administrative courts of first instance became operative, just in time to set to work in finalizing candidate lists ahead of the May 6 elections. For in addition to its role in settling disputes concerning public authorities, the administrative branch litigates in questions of candidate lists rejected by the Independent Elections Authority (ISIE) and its regional branches. The judiciary’s work in this domain is mandated by the electoral code, Law n˚2017-7 of February 14, 2017, which states that:

The decisions of the Authority [ISIE] relative to the candidacies can be the object of appeal by the head of the list or its legal representative, or the heads of other candidate lists in the same electoral district, before the administrative courts of first instance.

Since the publication of candidate lists on March 3 by the ISIE, rejected candidates have been able to file appeals concerning the election authority’s decisions through their corresponding regional administrative courts. As of March 10, the administrative judiciary reported having received 64 appeals out of the total 106 lists rejected by the ISIE. The appeals filed so far concern 28 partisan lists, 27 independent lists, and seven coalition lists. The administrative court of first instance in Tunis received the greatest number of appeals (15), followed by the chambers in Sfax and Monastir, which each received 8. The final candidate lists are to be published by April 4, 2018.

Lack of resources and political will

In the meantime, the Association of Tunisian Judges have complained that insufficient funding and a lack of  human resources are hampering the ability of the regional courts to fulfill their duties as the election date draws near. However, retired administrative judge Ahmed Souab is convinced that the courts will fulfill their role in spite of the significant financial constraints and associated political interests which have contributed to delays for a number of institutions and governance reforms mandated by the constitution.

In an interview with Nawaat, Souab affirmed, « I’m not so worried about political tensions. I’m more concerned with economic and regional interests than political ones. Because when I look at the political climate in Tunisia from 2011, to the period of the Troika, to now, I see that political tensions are going down ». In reality, Souab is not measuring the country’s evolution relative to the past few years, but rather the past few decades, since independence: « Our state was founded on a centralized system, which we inherited from France. Inevitably, the time will come when this system breaks down as a result of democratization, individual liberties and the specificities of the regions… But still there remains a residue of this culture of centralized government. While leftists and progressives advocate for decentralization, the right, those of the old RCD [former ruling party], are the most resistant to the process of decentralization ». In terms of how this affects the work of the new administrative courts, the former judge concedes that this political class « might be able to reduce to a small degree the independence of the courts—in terms of degree, but not nature. Secondly, they can cause delays. Thirdly, they can weaken financial means ».