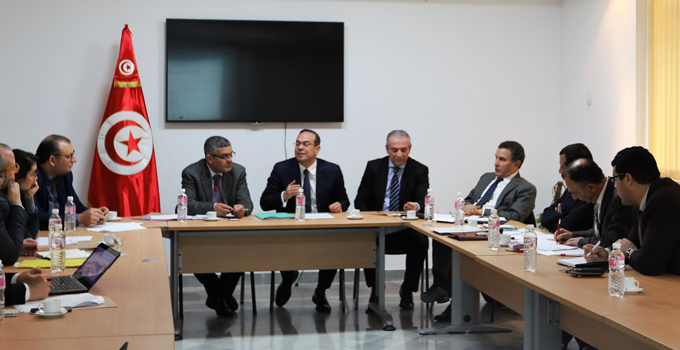 Reforming the law on associations was the central question discussed by Mehdi Ben Gharbia, minister of Relations with Constitutional Authorities, Civil Society and Human Rights Organizations, and group of legal experts that included Chafik Sarsar, Farhat Horchani and Slim Laghmani. Held on February 21, 2018, the meeting covered the reform of Decree-Law n2011-88 of September 24, 2011 concerning the organization of associations. Previously evoked by the Minister in March 2017, the reform was the object of an initial consultation in June 2017. With the last meeting, it has been pushed back to center-stage, under the pretext of the fight against money laundering against terrorism.

A worrying amendment for associations

The setting in motion of this reform is not unrelated to the recent controversy launched by Tunisia’s appearance on the EU list of third countries considered to be at « high risk » for money laundering and terrorism financing. This blacklist has origins in reports published by the Financial Action Task Force (FATF), the international authority against money laundering and terrorism financing. Although Tunisia fares well for a good number of the 40 recommendations on December 2017 FATF report, it was knocked on two counts. One of these is recommendation 8 regarding non-profit organizations, or associations. As Amine Ghali of the Kawakibi Center for Democratic Transition pointed out, « In the FATF’s 2016 report, Tunisia was largely in compliance with the recommendations concerning legislation relative the organization of non-profits ». Indeed, in spite of shortcomings in the surveillance of associations, the legal framework, Decree-law n2011-88 of September 24, 2011 concerning the organization of associations, was deemed adequate. And yet, Tunisia’s national report published in April 2017 by the Tunisian Commission of Financial Affairs (the FATF’s main vis-à-vis) expresses significant concerns regarding the financing of associations, especially those who specialize in charitable work of religious nature. In order to reduce risks, the Commission recommends the improvement of controls, but also modification of the legal framework regulating the creation of associations.

The same remark was made in MENAFATF’s December 2017 evaluation which, on the basis of the Tunisian Commission’s report, recommended amending the law on non-governmental organizations, and downgraded Tunisia’s standing from « largely compliant » to « partially compliant ». For Amine Ghali, this downgrading constitutes « a political maneuver which aims to justify the tightening of the law on the creation of associations in Tunisia and to control civil society ». During the June 2017 consultation, the Ministry of Relations with Constitutional Authorities, Civil Society and Human Rights Organizations recommended harmonization of the law regulating associations with the law concerning the fight against terrorism and money laundering, as well as revision of the penalties system.

Contacted by Nawaat, the Ministry’s chief of staff Mondher Bousnina gave a few extra details concerning the draft law: « We want to include new types of organisms in the law, like foundations and cooperatives, and to create a specific framework for international non-profit organizations in order to attract regional Middle East-North Africa offices to Tunis ». He also pointed out the need to digitalize administrative procedures: « We want to create an online platform through which associations will be able to declare themselves without having to go through the mail. This platform will also allow them to publish their financial situations and declare foreign funding in a transparent way ». Finally, he highlighted the need to do away with an escalating sanctions scale (suspension, followed by dissolution) on associations that have committed violations, arguing that not one association had ever been dissolved.

A law in need of reform, according to the constitution

In reality, the current law allows the government to ask Tunis’ court of first instance to suspend, or even dissolve, associations if they refuse to divulge their sources of financing. Over the course of the past few years, there have been several cases of suspension and dissolution, often on the basis of the fight against terrorism. It seems, however, that the government does not wish to maintain the current legal framework, opting for its complete make-over. Article 65 of the 2014 Constitution stipulates that the organization of associations, political parties and unions must be regulated by an organic law. Law reform is therefore necessary to be compliant with the Constitution, since a decree-law does not have the same weight as an organic law. The government, which has incurred numerous delays in harmonizing laws with the Constitution, has mobilized to tackle the issue through the law organizing associations, hence the initiative introduced by minister Mehdi Ben Gharbia. It is worth recalling that in September, the same minister affirmed that it would take four years to abolish the anal test that is practiced on individuals suspected of being homosexual. The practice, unconstitutional according to Article 23 which asserts the government’s obligation to « protect the dignity and physical integrity of the human being », has been used repeatedly by police in their search for so-called « proof of homosexuality ». But for the minister of human rights, the abolition of such a practice is not a pressing issue, or is at least less so than rewriting the legal framework regulating associations.

While reform responds to a question of constitutional importance, it represents a legitimate cause for concern for certain civil society actors at a time when civil society is being demonized and human rights questioned. Indeed, French president Emmanuel Macron’s recent visit to Tunis presented an occasion for President Beji Caïd Essebsi to assert his own conception of human rights. As Tunisia’s head of State put it, « human rights are not something absolute. There is also the right of peoples to defend their achievements ».