Violence by domestic partners constituted 75.5% of cases of violence against women reported to the Tunisian authorities’ hotline between January and October 2021. The violence that women experience in their own families growing up, however, is rarely reported, obscuring its lasting impact in women’s lives. For the past six months, I have researched domestic violence across Tunisia – in El Kef, Tunis, Sidi Bouzid, Regueb, Mahdia, Gabes, and Zarzis. I interviewed 30 survivors of domestic violence and over 50 representatives of civil society organisations, judges, lawyers, police officers, and other stakeholders. 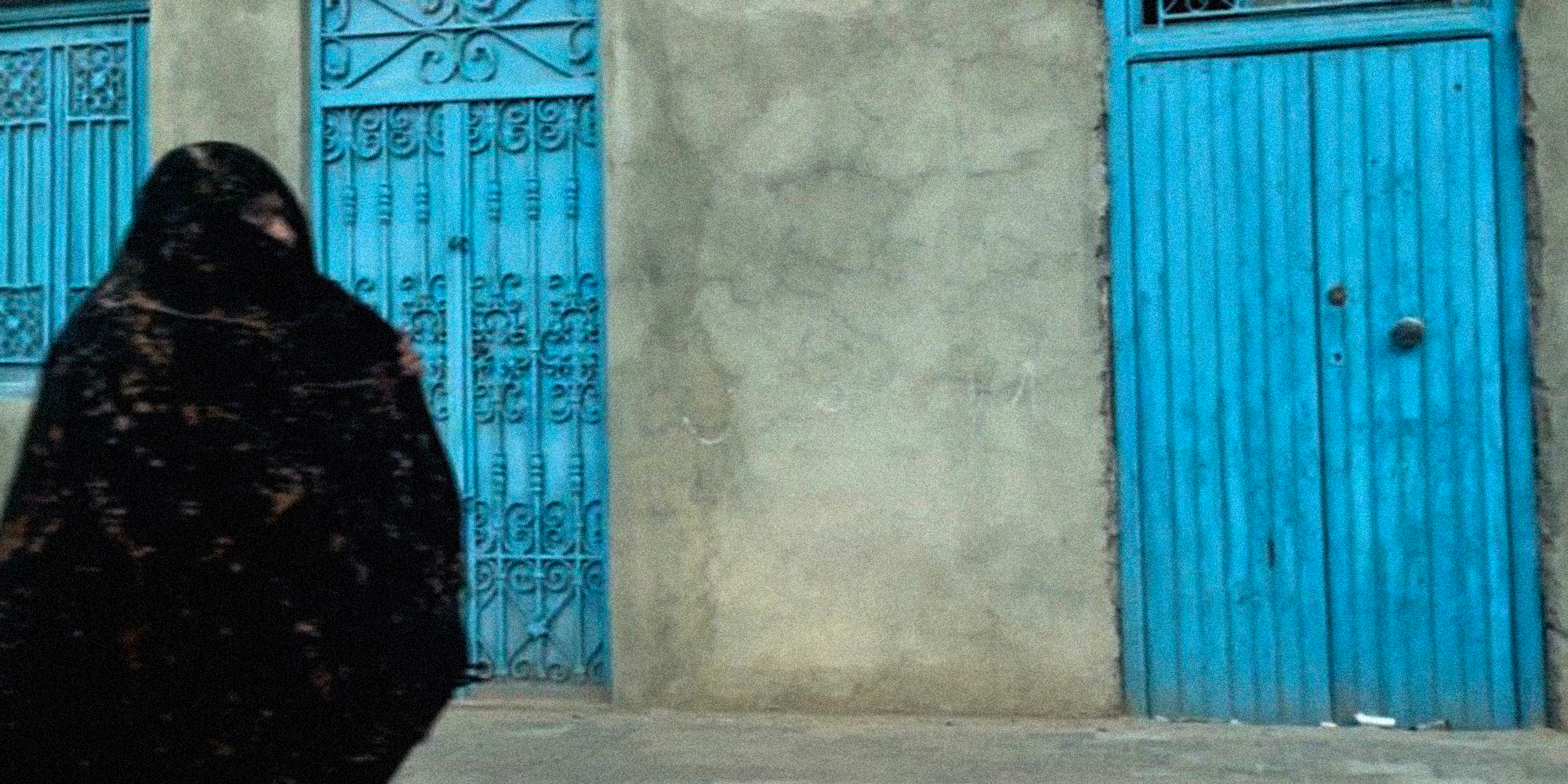 When I spoke with survivors, most chose to tell me about their husbands’ and ex-husbands’ physical, psychological, sexual and economic abuses against them. They rarely mentioned the violence they’d been exposed to within their own families growing up, unless explicitly asked about it. I was struck by the paucity of institutional and non-governmental strategies to counter such violence. Violence against women is a crime, regardless of family ties. It is the state’s legal responsibility to treat it as such and ensure that effective prevention, protection and prosecution measures are implemented, and that support services are sufficiently available to survivors.

The Men of the Family

“Dad was tough” is what victims of domestic violence said almost unanimously when describing their childhood. Fathers, who are, by Tunisian law, the heads of household, were typically the first to introduce their daughters to violence in their childhood. And yet survivors did not dwell on the violence carried out against them by their fathers. They were more willing to condemn violence carried out by their brothers. Women described how their brothers, upon reaching adolescence, had exerted their domination over the girls in the family, imitating their fathers, often more harshly.

“My older brothers started beating me since primary school,” said a 29-year-old woman from Tunis, one of many who spoke to me about her brothers’ abuse. “Every time one of them walked me to school, he’d find a reason to beat me. They wanted me to submit to them. […] My parents knew. I couldn’t do anything about it: they’re my big brothers, you know.” She was only one of only two women I interviewed who complained to the police about the ongoing abuse. When she did, at the age of 24 in 2016, their response was, “Don’t do that to your brother,” as she recounts. “I said he had to take responsibility for his actions, but they refused. I felt defeated.”

Bochra Belhaj Hmida, a well-known lawyer and women rights defender, was the first to bring my attention to the phenomenon: “We need to start talking about violence committed by brothers. I have seen too many young women being policed and terrorized by their brothers who were too scared and felt too guilty to speak out.”

Yet sibling violence remains under-explored in Tunisia – and worldwide.

Such violence stems in part from the way that families subordinate daughters and assign them domestic chores and constraining social rules. Women spoke of a son-centric ‘mentality’ that rejects girls.  “In 2012, when our first child was born, my husband was disappointed because he’d expected a son but it was a girl,” a 47-year-old woman from Zarzis told me.« I didn’t realize that was what had bothered him right away – I had no control over that! He became violent and absent. In 2015, when I got pregnant again, he was very unsupportive. He wasn’t spending any money on medical treatments, I went to the hospital on my own. When I gave birth, the only thing he brought was a cold sandwich and he asked me, ‘What did you bring out this time?’ When he realized it was a girl, he left the hospital right away. He became physically violent then.”

When women marry, they are often expected to move in with their husband’s family and do domestic chores for the whole family. Their low status within the family makes them vulnerable to violence by their in-laws. “My husband’s mother and sisters treated me like their slave,” said a 43-year-old woman from El Kef, as she described the domestic chores and beatings her in-laws put her through.

Family violence infringes on women’s basic rights and physical integrity and often pushes them into the arms of their abusers. The story of a 40-year-old woman from Ben Arous is illustrative: “I left my family to escape its violence, only to find worse violence with my husband. I knew he was violent with his own family, but I didn’t think he’d do this to me. […] I have already forgiven him seven times for his beatings, but I think he’ll never change. At this stage, I am scared he might kill me.” She said she had endured 12 years of extreme physical and psychological violence before she tried, in vain, to file a complaint against her husband with the police. She still lives with her husband.

Naila Msalbi, a 43-year-old woman from Sidi Bouzid made the connection clearer: “My family was never violent with me, which is why I couldn’t accept my husband’s violence,” she said.  She moved out with her children when her husband’s abuse started in 2017. 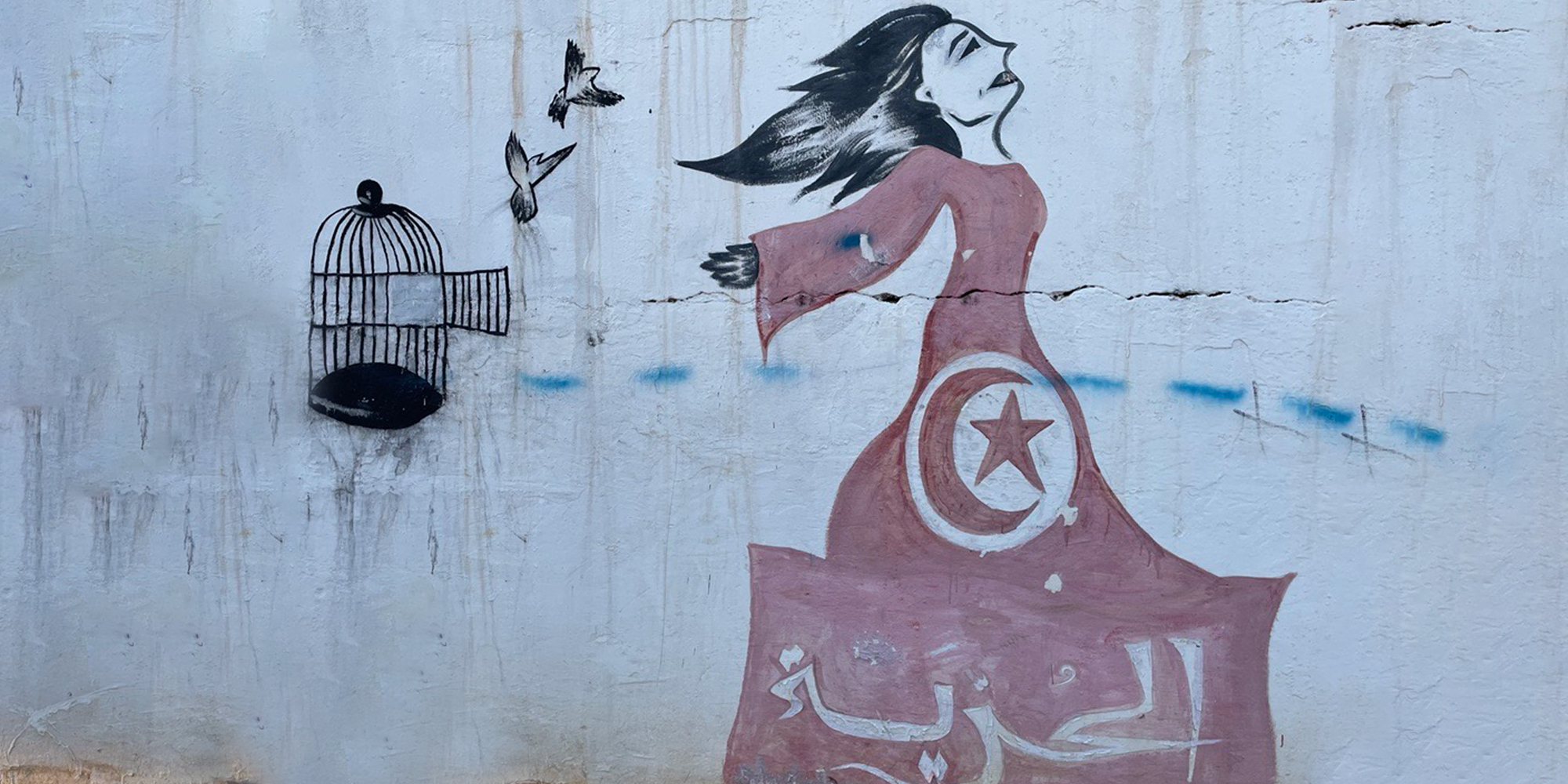 In other cases, family violence affects how survivors see themselves and their future relationships. A 44-year-old woman from Gabes, who filed four complaints of domestic violence, said: “I felt pressured all through my childhood. There was no warmth for me in my family; all the love went to my brother. He didn’t have to stay quiet or study. For him, everything was forgiven, but I couldn’t make the smallest mistake without being harshly punished. I grew up feeling unloved. My childhood has everything to do with the violent partner I ended up choosing as an adult.”

Studies have stated that boys who grow up in violent families are ten times as likely to reproduce this violence in their spousal relationships. Out of 12 survivors who were mothers of both boys and girls, seven said their sons, but not their daughters, had turned violent towards them too – insulting them, but also hitting them – sometimes starting as young as age 11. The concept of a “cycle of violence” can be situated within wider family households, and not just with domestic partners.

In a society that holds family ties sacred, and in which unrelated people refer to one another as ‘brothers’ and ‘sisters’ as a sign of affection, survivors’ loneliness was a disconcerting finding. Not one of the 30 survivors I interviewed had been encouraged by her family to leave or file a complaint against her abuser. Instead, they said their mothers beseeched them with phrases like, “Just be patient,” or “Think of your children,” and “That’s what men are like.” Fathers often reminded them, “You chose him, it is your responsibility now.”

Survivors who’d mustered the courage to leave their abusers went to police stations and courts even though these bodies were often daunting to them. Often, their families did not support them, making their path a lonely one. While, in many cases, economic duress constrained families’ capacity to care for their daughters and grandchildren who were trying to get away from abusers, the way the survivors’ families slammed their doors on them is hard to fathom.

“I stayed at my parents’ for three days, but then they kicked us out,” said the woman from Ben Arous. “My mother told me my dad had beaten her all her life and that I just had to deal with my husband. My husband even used this against me in court, saying my mother herself didn’t support me.”

While the luckiest survivors expressed gratitude to local civil society organization staff who’d assisted them, most had no family or friend to speak to and could not afford a psychologist. Civil society organizations and institutions supporting survivors lamented the shortage of psychologists trained in dealing with domestic violence, and their incapacity to provide longer-term counseling to survivors.

Fathers’ Fault and the State’s Role

When discussing family violence, survivors and service providers almost unanimously pointed to mothers’ responsibility, as the de facto primary caregivers, in reinforcing sexist and unhealthy gendered roles in their children’s upbringing. There are many pitfalls in blaming the mothers, though.  While raising mothers’ awareness is important, this objective must not obscure the patriarchal socialization of women and their being worn down by a daily average of 8-to-12 hours of unpaid domestic work. In combatting the social origins of violence, the focus should be on fatherhood and toxic masculinity.

Countering domestic violence, including within families, is the state’s responsibility under the Constitution and law-58 on violence against women. Tunisian authorities should display zero tolerance toward family violence and ensure that officials are prepared to combat such violence.

The authorities need to allocate reasonable budgets toward implementing law-58 to break the cycle of violence against women. They should ensure that police reception units are trained to detect and thoroughly investigate family violence and systematically inform survivors of their rights. They should prosecute those responsible for family violence, and establish and fund safe shelters across the territory.

The state’s response to violence also needs to include prevention measures to break discriminatory gender stereotypes, address violence in the home including by fathers and brothers and encourage families to become active allies in survivors’ lives. The authorities should work across ministries, with civil society organizations, educational institutions and the media for such awareness-raising efforts.

The author thanks the women who shared their time, secrets, fears, and hopes, as well as their insights on family, power and love. She also thanks the CSOs and experts who shared their analyses, and Nissaf Slama, research assistant at Human Rights Watch, for her support in conducting this research.