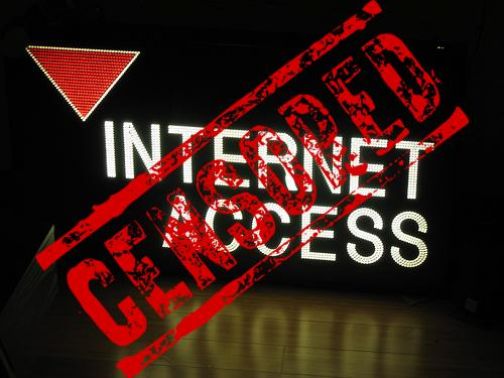 25 January 2011 was the day when people of Egypt went to the streets in several cities to demonstrate against President Mubarak and the current regime.

Online platforms and social websites were highly utilized by activists to mobilize youth and spread the word before January 25. On the first of day of demonstrations, the government started to crackdown on communication and online platforms to limit the flow of information on what is happening and despite that crackdown, people of Egypt were still able to deliver videos, pictures and thoughts from the demonstrations all over Egypt and it didn’t affect mobilizing people to join peaceful assemblies.

Among many different tactics activists used to spread the multimedia is building tents in Tahrir Square (Downtown, Cairo) and hanging a sign “Gathering Picture and Videos” to compile footage and pictures from demonstrators and uploading them online.

Here is the sequence of communication shutdown by the government starting 25 January (approximate figures):

5. Friday 28 January 2011:  landlines shutdown in some areas in Cairo, satellite internet connection is interrupted and some mobile phone calls are re-activated.

You can check pictures here, videos here and here from the demonstrations in Cairo.