Tucked into one of the medina’s narrow streets is Beity, a shelter for women victims of violence and social-economic exclusion. There is nothing that indicates the nature of the place. « This is for security reasons », affirms the shelter’s director, Wafa Fraouis. The door opens to a vast central terrace, and the first-floor rooms open into the courtyard. A few young women are chatting discreetly as they keep an eye on their children, whose squabbles are the only sound to be heard throughout the shelter. With innocent insouciance they invade the courtyard, running in every direction. The three young women sitting on a bench here are single mothers. Their journies are marked by all kinds of violence. 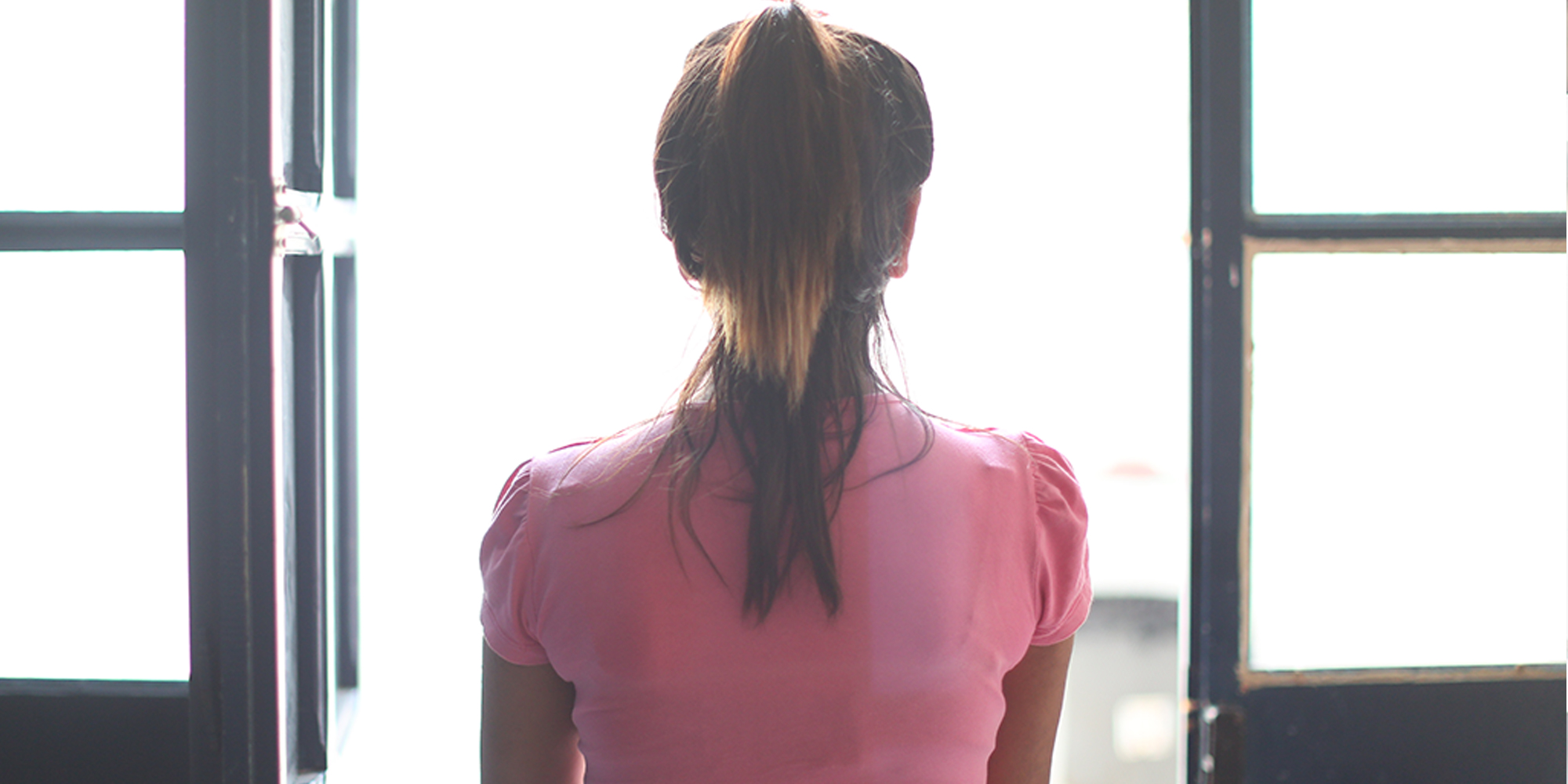 Abandoned by family and relatives

With a dreamlike gaze and weary air, 20-year old Amel (pseudonym) observes the children in front of her. Originally from Tunis, she arrived at Beity barely a week ago. Amel appears rather reserved. Everything began when she left middle school under pressure from her father who had just gotten out of prison. « He told me I was more useful making money, so I worked in a factory », she recounts. At 15 years old, Amel met a young boy and fell in love. She trusted him. « One time, he gave me drugs. As soon as I was loosened up and out of it, he raped me », she tells us. Under shock, the young woman didn’t press charges right away. When she finally did, the proof had disappeared. Amel’s enraged father attacked her. « He told me that I was a slut, that I had dishonored him. He hit me without restraint », she remembers. He ultimately chased her out of the house, forbidding her mother from intervening under threat of retaliation. It has been four years since Amel has had any contact with her family.

It has also been a long time since 22 year-old Mariem from Tunis had news of her family. The young woman’s relatives hold her responsible for her mother’s death. The first time Mariem ran away from home to be with her boyfriend, her parents tried to restrain her. « They tried everything to make sure that I wouldn’t run away again », she says. But she escaped a second time to live with her boyfriend. Mariem became pregnant the first time they had intercourse. In the meanwhile, her mother, ill and in distress over her daughter’s situation, passed away. « They let me see her only one time while she was sick », remembers Mariem, who didn’t realize she was with child until she was sixth months pregnant. « I learned that I was pregnant the same day my mother died. My grief was double. She was the only one I could count on » she remarks. Mariem’s father doesn’t accept her with her child: « In the beginning, he thought I didn’t have a child. He was ready to welcome me back home, but when he discovered that I had a little girl, he changed his mind ». 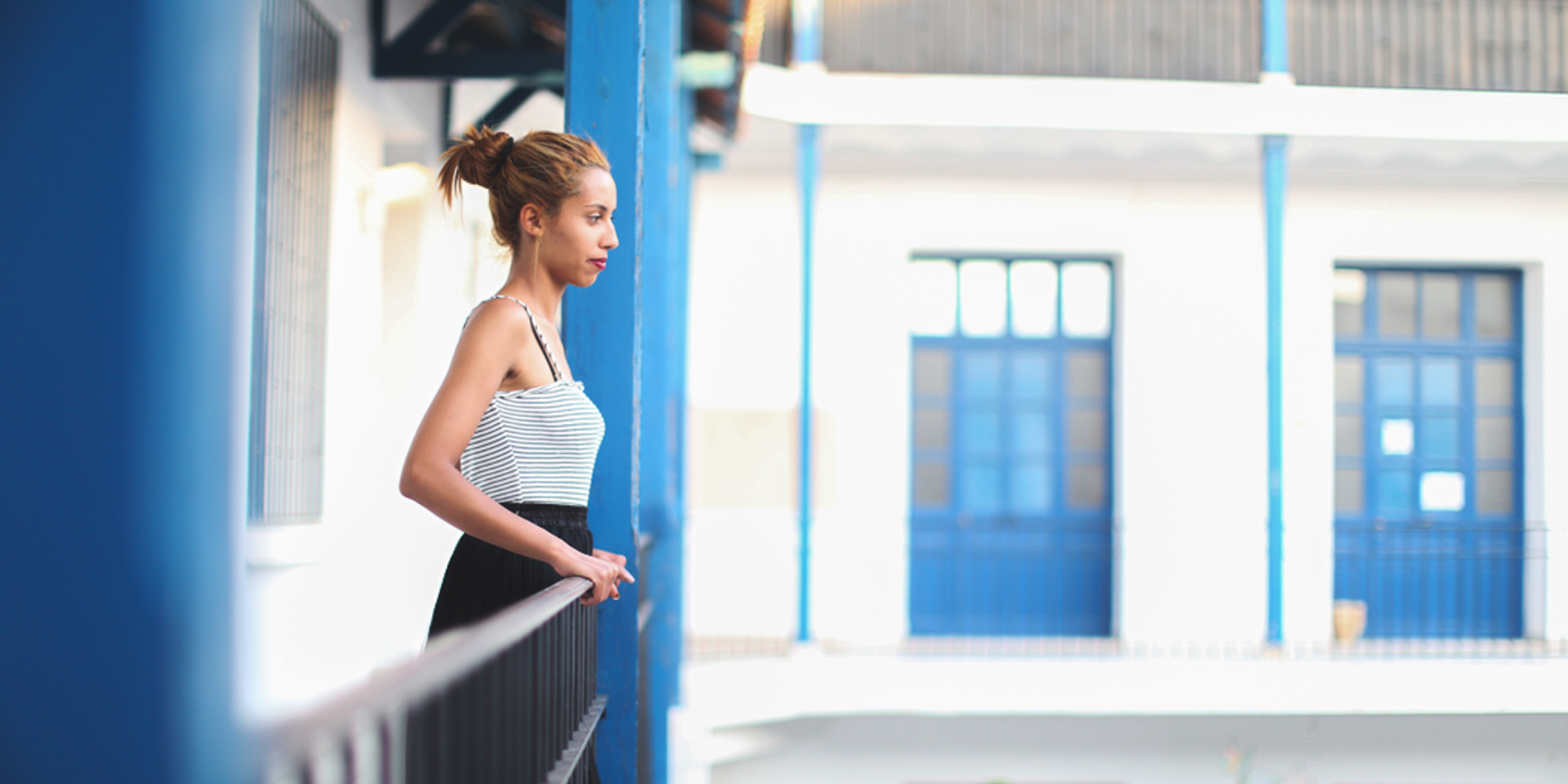 When the pressure doesn’t come from close family, it comes from one’s entourage. This was the case for 21-year old Sana (pseudonym). With her lanky body she looks like an adolescent. Sana became pregnant the year of her baccalaureate. She wanted to keep the child. In her seventh month of pregnancy, she didn’t let anything show. « I wore baggy clothes. I didn’t show any sign of being pregnant », she remembers. Ultimately she told her parents. « In the beginning, they were upset. I was reprimanded:  “what are we going to tell the people we know?” ». It was this fear that pushed Sana’s family to send her to Tunis so that she could give birth without anyone being aware. Born in the east of Tunisia, she was taken in at the hostel run by the public center for social assistance in Zahrouni. She went home to take her baccalaureate after the birth, and then returned to Tunis. « It is impossible for me to live with my child at home. The gossip and social pressure are intolerable. They say I’m a girl with a bad reputation, that I’ve had many partners. I have to turn the page of my life that took place in my hometown ».

A journey marked by violence

Kicked out by her father, Amel roamed the streets with her lover. They took shelter in a gourbi on the mountain close to Hay Ettadhamen. « My boyfriend ended up bringing his friends so that they could have sex with me. So I told myself I had nothing to lose. I might as well make money from these encounters ». As she recounts this part of her life in the street, her story is punctuated by moments of silence. She stares at the ground, absorbed, and her fingers are curled up into fists. Amel slept with men she met in the street for 20 or 30 dinars. « My boyfriend didn’t know how I made this money, but he counted on it for us to live together ». During this period, she became pregnant by her boyfriend. But she continued working. « We had to eat, it was a question of survival », she said with a tone of resignation. Amel didn’t realize she was pregnant until after four months. « I didn’t have any experience. Nobody told me how it works ». Her boyfriend denied being the father well before the child was born. « He would hit me and tell me to go look for the real father of this child », she recalls. 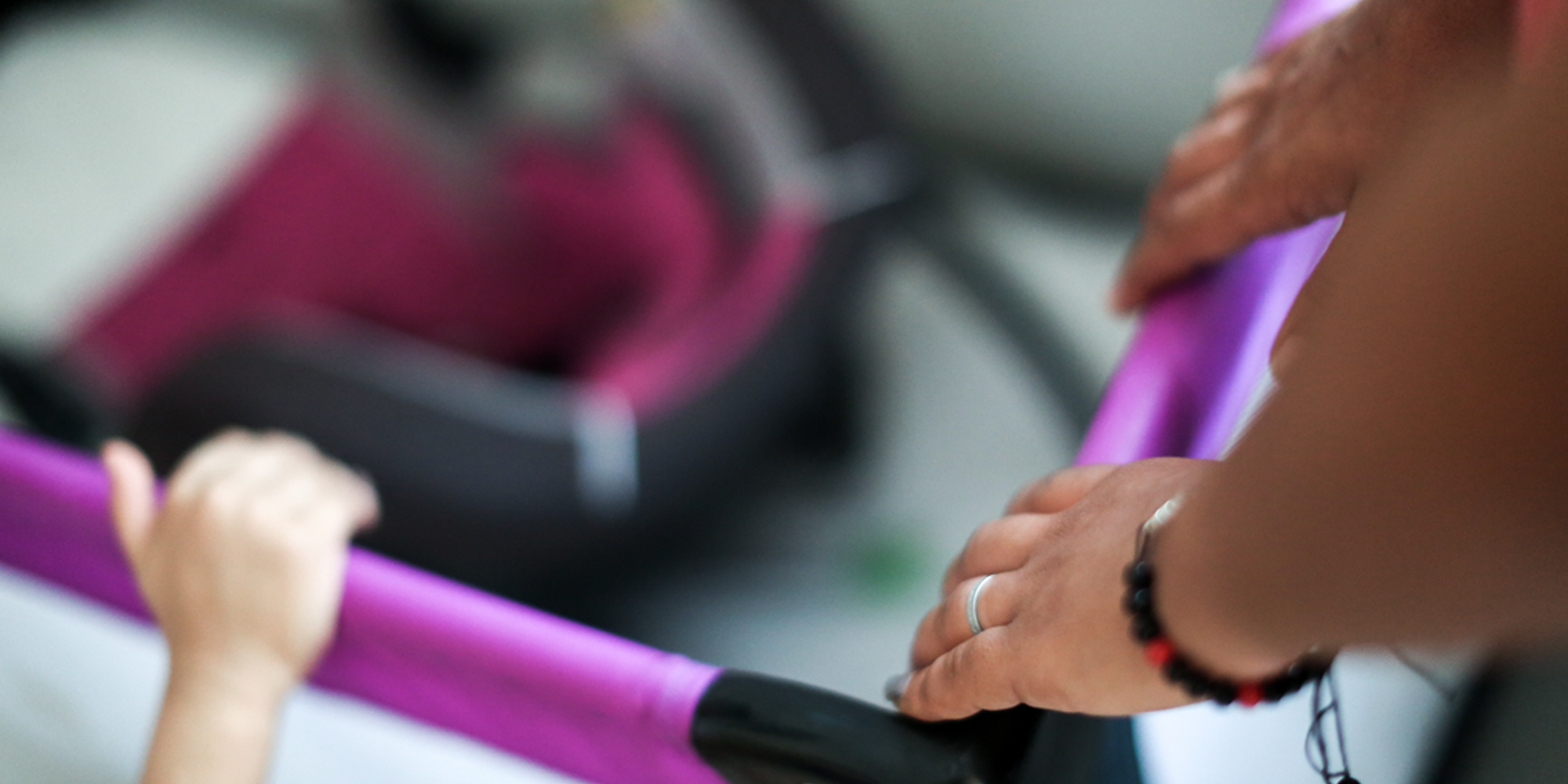 Left to fend for herself, Mariem was also nearly raped by her boyfriend’s friends. « I went to see him in his hometown. He sent his friends to get me but I struggled against them. He apologized but tried to trick me again with another of his friends. It was the last straw. Since then I’ve cut off contact with him ». Alone with their children, Mariem and Amel attempted to support themselves through different aid structures and precarious work, or with help from their relatives. Mariem found refuge at her uncle’s house before his wife threw her out. She also underwent a training as caregiver at the association Amal for Family and Children where she lived with her daughter for a year.

Amel juggled her fragile autonomy with life in the street. Having participated in trainings with Amal for the Family and Children, she found jobs as factory worker and housekeeper. After a certain time, she managed to save up to rent an apartment with a friend. Nonetheless, her friend’s boyfriend would bring boys to the house who tried to rape her. « The hardest part during all of this time is the number of people who have tried to sexually abuse me, taking advantage of my weakness », she laments. Amel reconnected with the father of her child who was released from prison. He promised to marry her. « I believed him. I put all the money I had saved up to rent an apartment with him. He was a heavy drug user, and attacked me ». Battered, she found herself in the street. Amel ultimately heard about Beity. « I was starving and in bad shape. This is my last chance ».

The struggle for autonomy

Following legal battles, Amel and Mariem were able to establish a paternal link with the fathers of their children. Sana is still waiting for the DNA test results. « My child’s father got married, but it’s important that my child obtains the father’s last name. With this I’ll be able to subdue the slander against me », she hopes. Sana’s small stature and child-like voice are contrasted with her self-assuredness. Beyond establishing a biological paternal link, the children at the shelter seem to miss having a father figure in their lives. « Each time a man arrives at the shelter, some of the children designate him as their father », says Ines Chihaoui who works at the shelter overnight. Mariem, Sana and Amel hope to compensate for the absence of a father. « I defied my family and my entourage for my child. I will do everything I can so that he grows up in better conditions than my own » she says with determination. The task is not easy for such young women. « One of them, for example, didn’t know the dosage necessary to prepare milk for her child. We support mothers teaching them these kinds of things as well », Chihaoui adds. 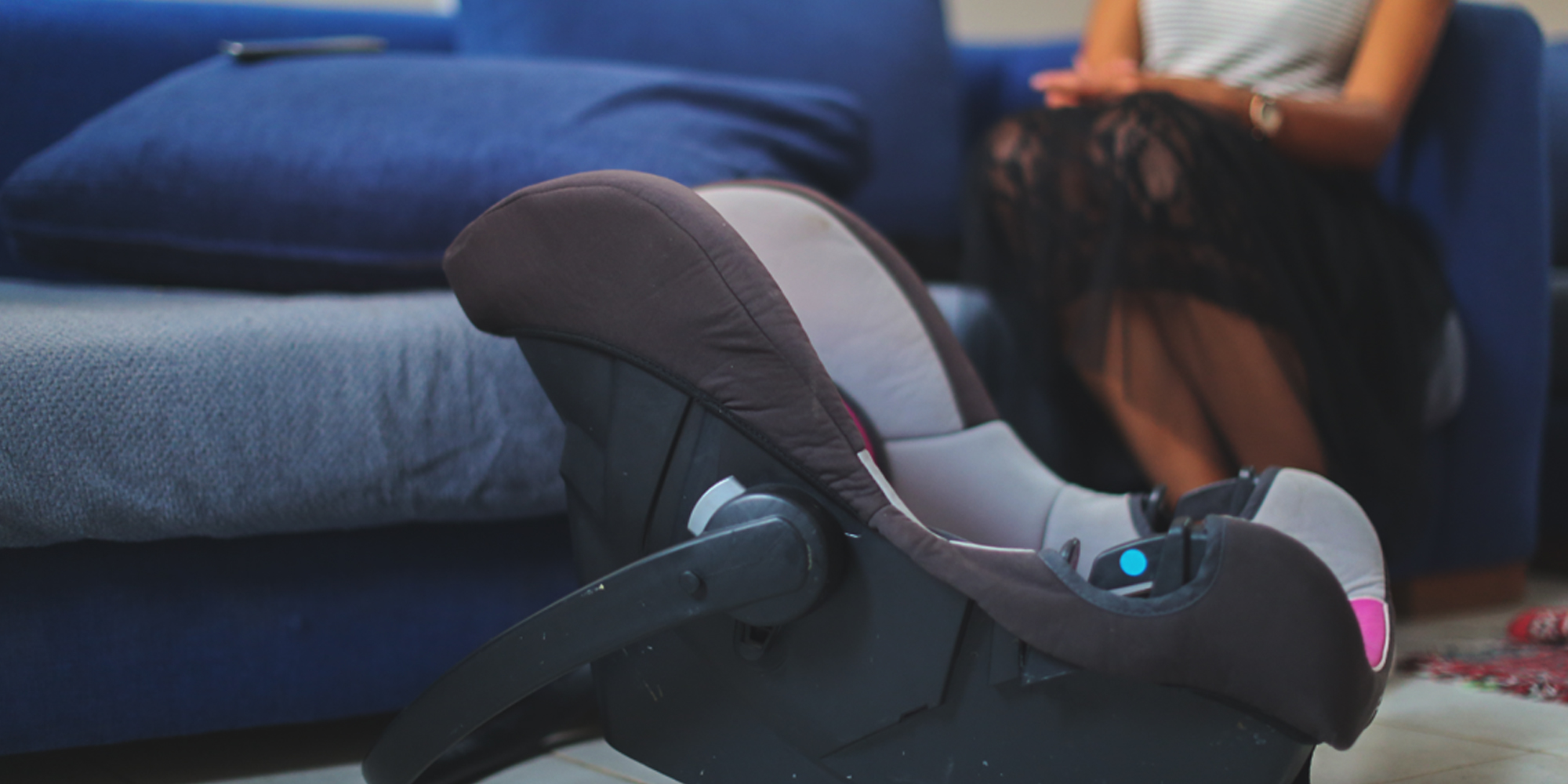 The three young women will participate in a training at Beity. « Our goal is to push them towards autonomy, so that they have a life plan » Wafa Fraouis explains. There are about a dozen single mothers who take refuge at Beity each year. The length of their stay ranges from three months to more than a year, depending on each woman’s situation. « People come to Beity with the urgent need for shelter, or because they need a place to transition, to become stable or to rehabilitate. Each woman’s stay depends on her needs ». Psychological and legal support are provided. Beity works to inform women about their rights, and offers coaching for self-confidence as well as support groups and recreational activities. Beyond training, women are accompanied in finding stable work and housing. To this end, the association provides financial and logistical aid to ensure their autonomy once they leave the shelter. « We hope the government will set a more significant quota for women for public housing. They must also be provided with free health care and transport. Otherwise they risk falling into prostitution, drugs and other activities associated with life in the street », says Fraouis, who calls on the government to open more emergency and rehabilitation centers for women in all governorates. « For single mothers, there are shelters through Beity, AFTURD, the public center for training and social orientation as well as the Amal center. More centers are necessary to respond to the needs in all regions », she insists.

As the sun sets, the mothers and their children desert the courtyard. Only a little boy remains under the surveillance of Ines Chihaoui until his mother returns from work. The single mother is a young woman from Cameroon. « During the day, there is a daycare for children. In the evening, I take care of him until his mother returns », Chihaoui tells us. A two-year old girl comes to play with the boy, who seems used to her company. « It’s like a family here. These women’s courage and their children’s happiness give us a lot of strength », concludes Wafa Fraouis.