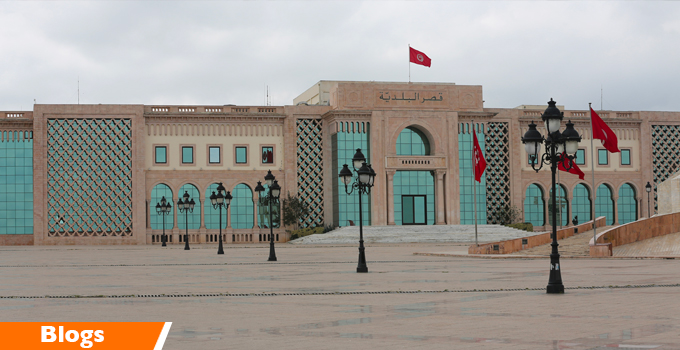 The same day, Prime Minister Hichem Mechichi dismissed the governor of Kasserine in addition to the head of the Sbeitla delegation [mu’tamdiyya] and two local security officials, including the head of municipal police in Sbeitla, who was detained by a court decision following the opening of an investigation for premediated murder. The tragic event led to confusion about whether the municipal police was under the authority of the municipality or the governorate and whether any reform was possible for municipal police forces.

Having the municipal police force under the charge of the Ministry of Interior consolidates municipal police departments, and research elsewhere illustrates that this consolidation can reduce the quality of policing as evaluated by citizens. This structure not only limits the leverage of police officers over larger entities, but is also reduces the ability of citizens to influence the manners in which policing is done within their communities. During my fieldwork in Tunisia, which I undertook between May and August 2019, some council members indicated that municipalities were ineffective in closing illegal commercial areas because the areas were tied to powerful businessmen who could influence the central government authorities. Furthermore, as a result of consolidation, the municipal police loses a substantive part of its accountability to the local community, which can influence the manner in which they enforce municipal decisions, such as employing a harsh and confrontative attitude.

A suggestion to increase the accountability is putting the police force under the charge of the municipalities that are elected and subject to oversight by citizens. However, this reform also carries potential disadvantages. As political conflict has been a determining feature of local councils in Tunisia, it is possible that the relationship between municipal police and the council may get politicized. This can lead citizens to perceive the municipal police force as part of the wider clientele dynamic, further straining their relations with the municipality. Furthermore, putting police force under a political authority may not prevent big cooperation or influential statesmen from influencing it through their political connections as favoritism may become a more widespread phenomenon. Hence, bringing the authority of police force under municipalities without taking into consideration potential pitfalls can lower municipal accountability and create greater democratic deficit.

A more appropriate framework could be to reform the municipal police force in light of the design principles of Elinor Ostrom, who won the Nobel Prize in Economics in 2009. Elinor Ostrom designed these principles, consisting of eight criteria, for a successful management of common-pool resources based on her decades of research.

The first principle is drafting a legal framework to clarify the boundaries of the municipal police force within the novel decentralized configuration.This entails clarifying the duties and responsibilities of the police force in light of the spirit of 2014 Constitution and 2018 Code of Local Collectives.

The second is providing a flexible legal framework that so that the community members can adjust the rules based on their local needs. For instance, the appropriate method for closing down an illegal settlement in a rural area could be different than the strategy in an urban area, and some communities may choose to enforce the rules against illegal buildings more leniently than others.

The fourth is developing a system for monitoring the behavior of community members, carried out by community members. This could involve creating feedback mechanisms within local councils for the municipal police force, such as appropriate commissions where citizens can interact with police force representatives to find solutions without resorting to a formal enforcement.

The sixth is building responsibility for governing the common resource in nested tiers from the lowest level up to the entire interconnected system. This entails that local affairs are managed in a bottom-up manner rather than in a hierarchical one. Furthermore, if the local resolution mechanisms do not respond to citizen needs, citizens should be able to access authorities at higher level for dispute resolution.

The seventh is providing accessible, low-cost means for dispute resolution, and the eighth is using graduated sanctions for rule violators, such as resorting to demolition decisions only as a last resort.