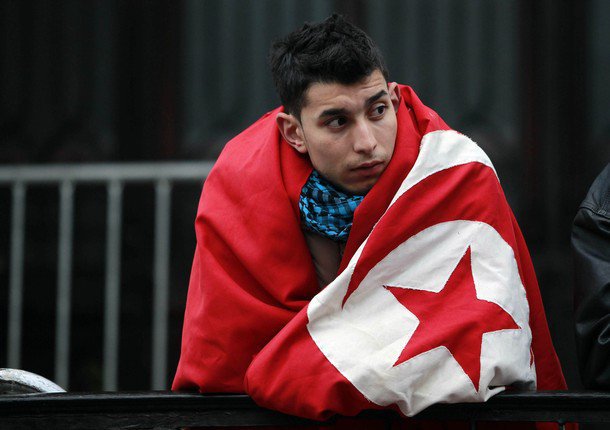 The Tunisian people have demonstrated that they deserve a just and accountable government, one that respects the civil liberties and dignity of every citizen, upholds the rule of law without prejudice or favouritism, and guarantees fair access to economic opportunities. Throughout the “revolution” and its aftermath, our people have astonished many observers at home and abroad with their level of political awareness, their sense of civic duty, solidarity and courage. But the road to democracy is long and fraught with risks and we are only in its beginning. Evidence is multiplying that guaranteeing free and fair elections will be a massive challenge. I describe the risks to the electoral process here and propose some practical measures to help neutralise them.

There are unmistakable signs that the remnants of the old regime are staging a come-back, they seem to be re-organising to defend their interests by influencing the political process. They hold important positions throughout the government and other institutions so their influence cannot be belittled. Ben Ali did not rule by himself, he was assisted with reliable men throughout the administration, many of whom espouse values of opportunism and of putting personal benefit above public interest. These same values must be driving them now to reposition themselves to protect their interests and maintain the lucrative privileges they have enjoyed so far. Recent events suggest that they are either influencing the interim government, involved in a power struggle with it, or are sabotaging it. That is not surprising, as it is only natural to expect such forces not to give up so easily.

Lasting democracy requires of course enacting major political reforms to engineer the institutional “checks and balances” that guarantee oversight and avoid any concentration of power that would result in a return to authoritarian rule and to the abuses of the past. Having suffered under a dictatorship for decades, these reforms will not be instantaneous, but rather a medium term project extending over several years. As important as these reforms are, the immediate actions to prepare for free and fair elections are just as crucial, as they will produce the parliament and president who will oversee the implementation of these lasting reforms. However, we have recently observed several public smear campaigns, relying on false accusations and manipulation, propagated mainly through social networks. They target key opposition figures from the left and right alike. The campaigns relied on carefully edited video clips of interviews to quote statements out of context, scare-mongering, and sometimes plain falsehoods – the recognisable armada of tactics the old regime has always employed against its opponents. If such campaigns spread from the virtual to the real world, and enlist the help of the media and the police, the elections will very likely not be fair, free and equitable and the fruits of this revolution would be in jeopardy.

The reforms required in the very short term to guarantee free and fair elections in my view must protect four aspects of political activity: (i) A free and fair press independent of any political influence; (ii) an independent judiciary; (iii) a politically-neutral police; and (iv) equal access to fundraising opportunities. Unfortunately, we do not have the luxury of time to fix all applicable laws, establish institutions, and change the culture of the police and media to one that is compatible with a real democratic society. Therefore, we need to rely mainly on our people, on credible independent personalities and improvised grassroots watchdog groups to play that role and expose any attempts to derail the political process from its fair course by compromising any of these four aspects. I describe some practical safeguards that we can set-up to assist with this role.

(i) Free and fair press: I will take the example of the BBC in the United Kingdom. It has been a flagship institution that maintained its editorial independence throughout difficult periods and against intense pressure from the executive goverment, such as in the run-up to the Iraq War or the airing of the FIFA corruption report ahead of the World Cup vote. The BBC’s mission and the mechanisms to protect its editorial independence is defined in a Charter. The Charter, refined over decades, leglislates that the BBC should be run by a Trust and an Executive borad. The Trust, designated by the parliament, who regularly reviews the BBC’s record, is the sovereign body within the corporation. It is essentially a council of “wise persons” responsible for setting the guidelines for the BBC and overseeing that it remain true to its mission of serving the public interest by maintaining high-standards for its educational and cultural programs. The Trust intervenes when its judges that the independence of the organisation is threatened or its mission has been betrayed by the Executive Board’s actions. The Executive Board has operational responsibility for activities and programs, but major decisions are subject to the approval, supervision, review and enforcement by the Trust.

We clearly cannot in the available time-frame establish the refined mechanisms and structures similar to what is desribed in the BBC Charter or its equivalent in democratic societies. We have to rely on pragmatic solutions relying on credible personalities to guarantee a minimal degree of fairness and editorial independence with respect ideologies and political parties. For example, one approach would be to set-up a “governing media council” with representatives from political parties, civil society active in the media business, in addition to independents as well as possibly retired figures from the union of journalists. The mission of such a council would be to oversee taxpayer-funded national and state media and look after their editorial independence and fairness.

(ii) Independent Judiciary: Dubious court cases have been brought in the past against Ben Ali’s opponents and their parties making the political activity of such parties very difficult and at times impossible. This cannot continue during this current interim period, even covertly by loyalists of the regime or by supporters of the RCD party working to perpetuate their grip on power. In practice, civil society must take ownership of this important casue. The societies of judges and lawyers need to hold free and fair elections to reinstate representative leaderships and reestablish legitimacy after the constant meddling of the Ben Ali regime in their internal affairs and elections. Such legitimate civil society groups must then alert the press and notify the public of any attempts to compromise judicial independence or to exploit it for political ends over the coming months. The public in turn must respond by maintaining pressure on the interim government to protect the independence of the justice system.

(iii) Politically netural police: There is evidence that the security apparatus is still inflitrated and works at times in connection with the ruling party (RCD). This also cannot continue. If the political police and the RCD milita continue to coordinate activities like what has been alleged by lawyers and protesters in the recent sit-in in Kasbah, it is hard to imagine how the elections could be fair and free. This is one aspect where the government must play a central role. The minster of Interior must establish within the next weeks a credible investigation of recent abuses and of claims of political influence. He must review and amend old practices and instill a new culture of political independence. The signs of the success or failure of such a campaign would surely not be mistaken by the public and the political parties over the coming weeks.

(iv) Equal access to funds: All political parties should be allowed to perform their fundraising in total freedom as permitted by the law and without any pressure from the police or the RCD party. Moreover, the RCD party has currently a massive and unfair advantage in terms of resources, inherited from the “one party” system of the Ben Ali era. These assets should be all nationalised. Its local chapters should be turned into politically neutral town halls. Current accounts and support from the government should be immediately stopped and all cash assets frozen. It should depend only on new funds raised just like all other parties from fresh grassroots efforts.

We are bound to hold elections in the next six months, obviously before having eradicated the “single party” mentality and before having purged the loyalists of the old regime from the administration. Elections will occur before the constitution is rewritten, before all applicable laws are amended, and in the absence of institutional and legal gaurantees for free and unfettered political activity. The press would not have yet shaken off all the shackles inherited from the long era of authoritarian rule. All these challenges call upon us to double our grassroots efforts so that we can make up for these shortcomings and ensure the elections are as free, fair and equitable as realistically possible. For there lies our hope of migrating to a lasting democracy.