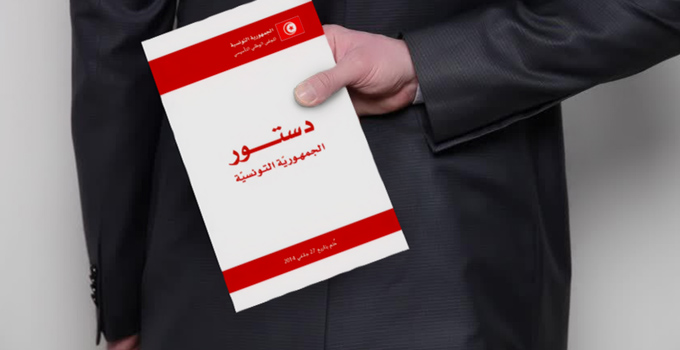 The 2014 Constitution mandated the creation of five independent authorities (Articles 125-130) plus the Constitutional Court, an independent jurisdictional body (118-124). The Court, whose creation was set for no later than one year after legislative elections in 2014, still exists only in writing. In the meantime, the Provisional Authority for the Monitoring of the Constitutionality of Draft Laws serves as place holder, with limited capacities compared with the responsibilities and jurisdiction of the Constitutional Court, designated as « the sole body competent to monitor the constitutionality » of laws, including constitutional amendments, as well as treaties and parliament’s rules of procedure. It also has the power to depose the president and declare the vacancy of the office of the president in the latter’s death or resignation.

Organic Law n˚2015-50 of December 3, 2015 relating to the Constitutional Court specifies the authority’s composition, functions and procedures. As per Article 7, the Court is composed of 12 members, nine of whom must be specialists in law (professor-researcher, judge or lawyer with 20 years of experience in the domain). Article 8 specifies the qualifications of candidates, who must « be competent, independent, neutral and honest » and « not have occupied any partisan responsibility at the central, regional or local level or not have been candidate of a party or coalition for presidential, legislative or local elections for ten years before his appointment… ».

It is the first phase of the selection process where the machine has been stalled, since the assembly must elect the Court’s first four members before the Supreme Judicial Council and President of the Republic can appoint the remaining eight members (Article 10, Law n˚2015-50). What accounts for the delay? Former dean at the Faculty of Legal and Political Sciences of Tunis who also served as a member of the Constituent Assembly, Fadhel Moussa spoke to Nawaat about what has impeded the process, beginning with the deliberation of the draft law. At the time, he said, attempts were made to reduce the Court’s power for fear that it would compromise the power of the ruling parties. « When you are the ruling majority, who is the only one who can monitor you? The Constitutional Court ». According to Professor Moussa, some feared the instauration of « a government of judges » that would block parliament’s proposals and decisions.

More than this, Moussa emphasized that decisions concerning the composition and qualifications of the Court’s members were the subject of protracted debates. The criteria for candidates listed under Article 8 of the current law, he recalled, were teased out over 48 hours, and only at the very last minute did deputies opt to remove two provisions that would have barred members of the Constitutional Council and the Provisional Authority for the Monitoring of the Constitutionality of Draft Laws from being appointed to the Constitutional Court. And the provision remains problematic, said Moussa, describing how its « exclusionary criteria » have unnecessarily and unjustly limited the spectrum of candidates. He asserted that the exclusion of an otherwise highly-qualified individual on the basis that he, exercising his constitutional right, had belonged to a political party or run in elections at any point over the past ten years was « unreasonable and unacceptable », and pointed out that no such criteria exist in the rest of the world. Furthermore, he pointed out that the Supreme Judicial Council with all of its courts upholds the principal of non-partisanship without restricting political party affiliation. « If we had not come up with these criteria, the situation would be much better », he concluded.

“This consensus is not legal, but political”

So long as the provisional courts remain in place and the constitutional authorities have not taken form, Tunisia’s Constitution has not been fully implemented. The Constitutional Court missed the October 2015 mark by which it was to have been established, and ever since the parliament has been treading water. It wasn’t until July 2017 when parliament’s Electoral Commission approved the first five candidates. Three more were approved in November, bringing the list to eight names, including six legal specialists.

According to Article 11 of the Constitutional Court law, these members are to be elected by a 2/3 majority vote. This applies to both the assembly and the Supreme Judicial Court. But given the impasse which has halted the selection process before the Supreme Judicial Court takes its turn, deputies have settled for an option of last recourse: consensus. As deputies affirmed to Nawaat, consensus is a fundamentally political option and not a legal one. Consultant for parliament’s presidential bureau, Mouna Kraim Dridi confirmed as much: « There must be a consensus between political parties before moving on to the plenary session. This consensus is not legal, but political. But in the shadow of the political context in which we find ourselves, nothing can happen without consensus on the names of candidates ».

For his part, Professor Fadhel Moussa indicated that consensus represents the lesser of evils. « Nobody wants to delay any longer », he said, and yet the process is continually sabotaged because each party ultimately wants his opinion to outweigh that of his opponent. « Hence the solution of consensus. No one is 100% happy with this solution, but they accept it for fear of the damages », or what might ensue in the prolonged absence of the Constitutional Court. At least, he conceded, it provides a means for parliament to move out of the rut in which it has found itself. But the approach is not without its risks, warned Moussa. The « exclusionary criteria » under Article 8 of the Constitutional Court law are a case in point, he argued, because they are the product of consensus. And this, he added, « this is the great danger we face in the current situation—that the consensus reached will be to the detriment of the Constitution or of the law ».