At a coffee shop far from the shelter, we met with two of its residents. After a time we were joined by Peter*, a tall, thin 40-something. Soon after that came Mary*, a startlingly slender 18 year-old. They sat down across the table wearing soiled, threadbare clothing, and we began a long conversation about the refugee center but also the events that landed them there. Both Peter and Mary’s stories began with tragedy in Eritrea, their home country.

Eritrea to Libya: from war to hell

Peter paid 3,800 dollars and Mary 4,000 dollars to the Sudanese passer who was supposed to bring them to Libya and onto Europe. But their trip with him ended in the south of Libya. In the city of Brak (700 kilometers south of the Libyan capital Tripoli), the passer sold Peter to Libyan militias.

The Libyans tell us, ‘we bought you for 1,000 dollars and you’ll have to pay double for your release’. They tortured us, especially with electricity, and pressured our families to send money to them. Many died there.Added Peter

Mary’s tender age—she was 14 years old when she set off from Eritrea—and slight stature were not to spare her from the perils of trafficking networks. She was sold in Kufra (1,360 km southeast of Tripoli) to a bidder who kept her for 10 months before selling her with another 700 immigrants to a militia in Al-Shuaref. There, she was forced to pay 3,000 dollars to cross the sea to Italy.

Two hours from Bani Walid (180 km southwest of Tripoli), we set off towards Italy in a rubber boat carrying about 300 people. After ten hours at sea, we were intercepted by a boat with the Italian flag which prevented us from advancing, until Libyan forces arrived and returned us to Libya. We were imprisoned for a week before being sold to militia in Al-Shuaref,
recounts Mary, without going into details about the horrors she lived. 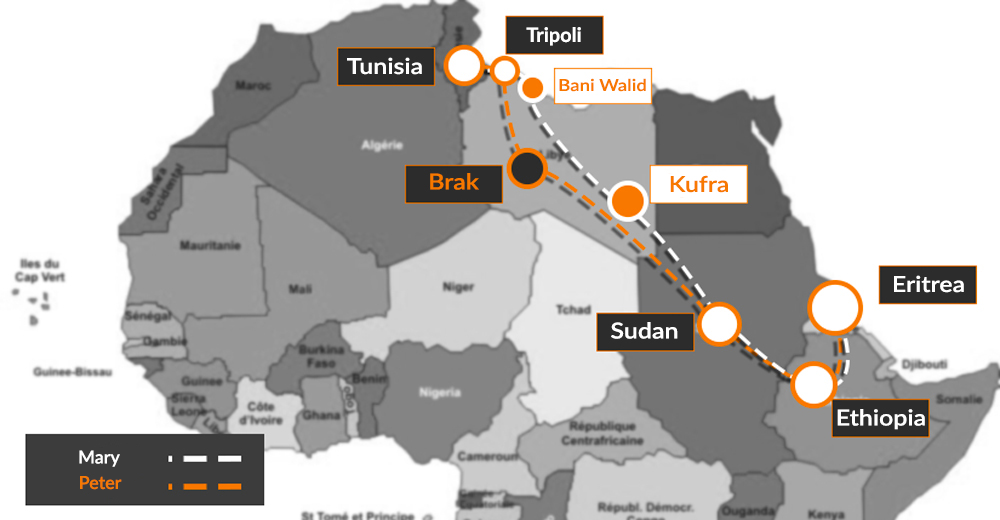 Peter remained one year and seven months in Libya. During this time, he was tortured multiple times, sold twice, kidnapped three times, imprisoned five times, nearly killed, and shelled out 5,500 dollars. Most of the two years and three months that Mary spent in Libya was in militia prisons where she was sold four times. She paid over 8,000 dollars. For both Peter and Mary, the only hope was to escape Libya and make their way to Tunisia.

Peter and Mary arrived in Ben Guerdane on foot. They imagined that their miseries were over, that the hell they had lived was something of the past. But fate had planned otherwise. Tunisian border security at Dehiba refused the refugees entry until they contacted the UNHCR. The latter intervened with Tunisian authorities, and Peter and Mary were brought to the refugee shelter in Medenine.

Although they did not cross the border at the same time, the way that authorities dealt with Peter and Mary was the same. « Who sent you? There is no UNHCR here ». With these words, they were received by staff at the center in Medenine. The days have since passed, and nothing has changed.

They don’t take our illnesses seriously; there is a serious shortage of medecines. But in the hospital, they just give us painkillers and turn us away. Even when we contact the UNHCR, they don’t come quickly. The problem isn’t just the center, but also the city, its residents and even security forces. All of them treat the center’s residents with racism,

Mary describes daily life in the city of Medenine:

Tunisians don’t respect us, they don’t see us as human. Doctors turn us away from the hospital, taxi drivers don’t want to take us anywhere, security officers in the street are always asking us, ‘when are you leaving? who sent you? why are you still here?’ 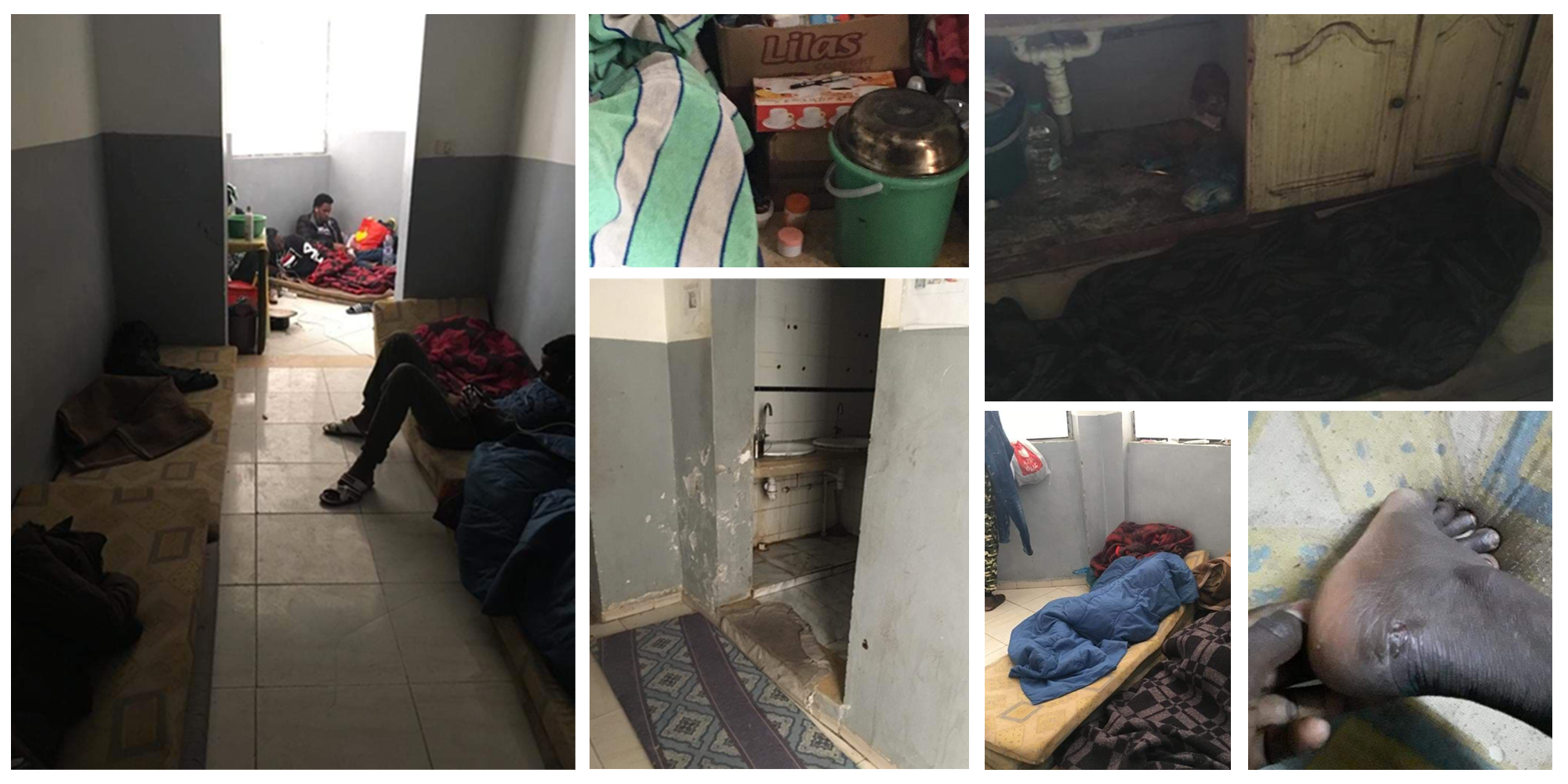 Inhumane conditions at the refugee shelter in Mednine

In addition to over-crowding and poor treatment, the shelter faces other problems. Referring to center employees, Peter tells us, « They ordered us to leave the center, and gave us a stipend of 350 dinars a month. With this we pay rent and use the rest to cover our needs. This is what we get for the next three months; we’re already in the second month. I don’t know what we’ll do after that. » The shelter’s refugees complain that the UNHCR mistreats them, especially in terms of helping to find a solution. Some refugees, for example, remained in front of the shelter for days before they could be received, and the organization’s intervention was delayed following one young refugee’s attempt at suicide.

Peter and Mary did not choose their life paths. They have survived a series of close escapes from death. They have no control over their circumstances—being born in a country ravaged by decades of wars, to later become victims ofthe international community’s failure to fight the human trafficking networks that landed them in a country where people are sold like animals. They neither chose to deal with international organizations burdened with bureaucracy and slow to carry out their duties, nor to be tortured, raped and imprisoned only to betreated as the numbers among numbers that make up immigration statistics.Peter and Mary’s hopes for finding refuge in Tunisia have been shattered, as daily life in this country has become a living nightmare of racism. In Tunisia, there is still no law in place that recognizes the status or rights of refugees, and international structures like the UNHCR continue to serve as simple collection centers for these numbers upon numbers of immigrants.

*Names changed to protect the individuals in question.