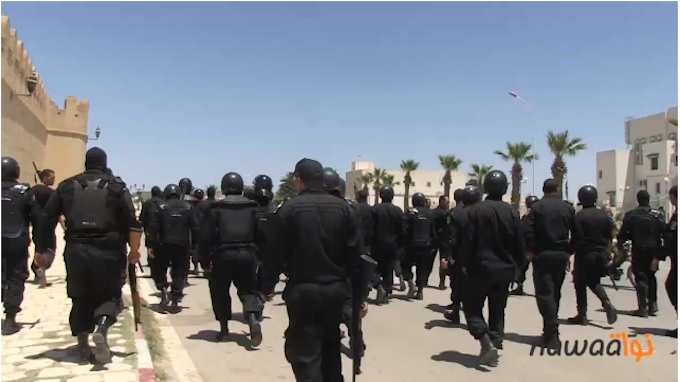 Half a century of oppression generates extreme responses that need to be voiced, gotten out of the social system, and transcended in order to make a forward movement. Salafist psychology reads in Salafist behavior: “phonic activism”, deliberate introversion, and religious “self-proclaimed” elitism. This behavior is fully comprehensible, since most of Tunisian Salafists belong to a crushed, poorly-educated socio-economic lower class. They need to narrate and create themselves, and to exist, since academically and socio-economically speaking, they do not exist. Hence, Salafists had to invent self-congratulatory concepts, notably the repulsive “religious elitism”, the “Muslim Elect” à la Puritan, and therefore the aggressive extremist appearance that has been raising much unnecessary controversy for the last two years.

Once their psychology is boosted, Salafists deemed it wise to indulge in politics. They started organizing themselves in socio-political groupings that flirt with politics… sentimentally. Now, they think that their process of maturation is complete and logically, as the “political Sunna” dictates, evaluative congresses need to be held in the North-African spiritual capital of Islam, Kairouan. This is so far legitimate in terms of political technicality.

Little do our Salafists know that this very decision to hold a third congress, in such circumstances, testifies to their political immaturity. The reasons are very obvious: first, the government is not in a favorable popular situation -to allow such a congress to take place in a “Salaphoby-stricken” atmosphere is not a governmental option. Second, calling for the right to officially exist as a socio-political entity directly after a poorly-orchestrated sensational episode in Mount Chaambi should not have crossed the minds of a mature movement. Some might argue that these Salafists do not believe in politics. It is outwardly true, but they have political weight; they exert political pressure; and they comprise political party members, notably Hizb Al-Tahrir partisans. Thus, this congress would be a further step towards political unity, which would have been interesting, were it not for the afore-proven immaturity of Salafists who do not master “the art of the possible”.

The government is not exempt from fault in this issue either. It should have anticipated such a move from Ansar Al-Sharia -especially that this congress is not the first- and thought of pre-emptive measures. The Salafists tend to retrospectively evaluate the instances when the government “has shown leniency” towards other socio-political groups. After all, every social component is either organizing a gathering, holding a congress, or calling for marches and events. Why not Salafists? They were granted governmental permission to hold two congresses before, weren’t they? Why not now? The government, through its “circumstantial”, indecisive policies, puts itself in a dead end. It is not a matter of “phonic protest” anymore; it has acquired, for the Salafists, an existential dimension: “to [officially/socially/politically] be or not to be”.

Kairouan is now reaping the rotten fruit of political immaturity coupled with governmental “clumsiness”. I will not seek to offer solutions, because I am comfortably sitting back on “armchair knowledge” as all journalists, commentators, and analysts are. However, I will invite you to look at the bright side of the situation in a non sequitur: at least, there is a noticeable democratization of post-revolutionary tumults, from poor neighborhoods in Tunis, to Bizerte, to Kasserine, to Kairouan…- perchance, this would the death of regionalism in Tunisia! After all, “it may be that you dislike a thing which is good for you”.