The protest movement that lasted for almost six months in 2008 was met with excessive use of force by security forces leading to the killing of three protestors, and the arbitrary arrest, torture or other ill-treatment of dozens, and heavy prison sentences after unfair trials. The uprising received significant support from Tunisian civil society organizations and the international human rights community. Amnesty International and other Tunisian and international human rights organizations documented and condemned the violations against protestors at the time in 2008 and demanded the release of all those arbitrarily convicted in unfair trials.

The trial this week concerns the violent police crackdown on the uprising of the Gafsa Mining Bassin of 2008 and has crucial significance for the transitional justice process in Tunisia because this is the first real opportunity to end the impunity that perpetrators of past grave human rights violations in Tunisia enjoyed thus far. The trial is also an opportunity to help restore faith in the judiciary, which under the rule of Ben Ali, served as a tool of repression, including in the unjust conviction and imprisonment of participants in the most important protest movement in Tunisia prior to the 2010 uprising. This trial is the latest in a series that started in May this year after the Truth and Justice Commission (IVD) referred it to court as part of Tunisia’s post-revolution transitional justice process. So far, the IVD has referred 260 cases to the 13 specialized Criminal Chambers in the Tunisian justice system established to try cases of human rights violations from 1955 to 2013. This trial as referred by the IVD concerns 51 victims of serious human rights violations and 16 defendants, including ousted president Ben Ali, the former minister of Interior and senior security officials. 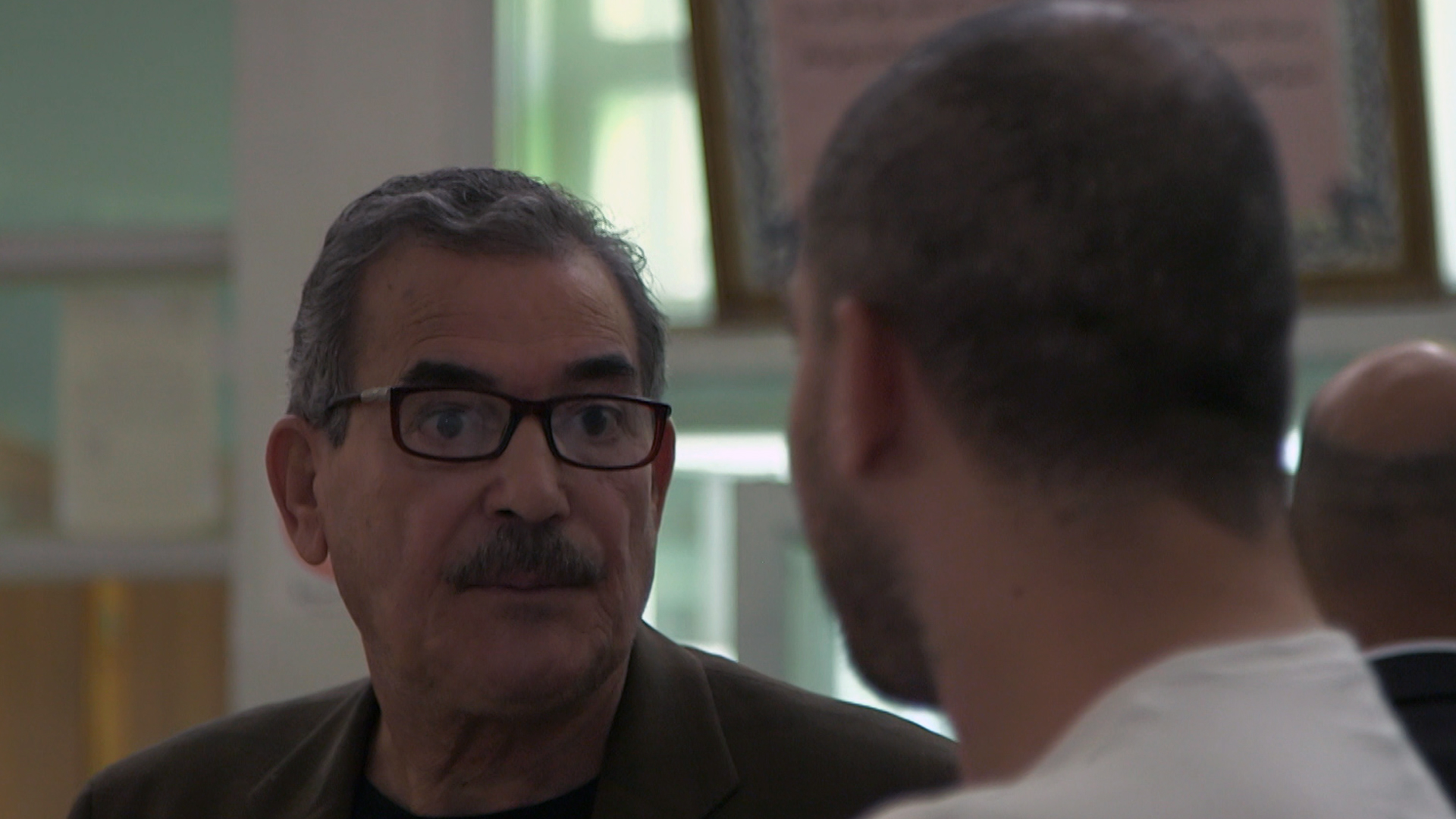 Bechir Labidi and Moudhafer Labidi, a father and son arrested, jailed, tortured and sentenced together in 2008

On Wednesday, Bechir Laabidi and Adnen Hajji, who were in the forefront of the 2008 protests, eloquently expressed before the court their disappointment that the judges who had wrongfully tried them, ignored the traces of torture on their bodies, and then sent them back to their torturers, were not on the list of the defendants. They also expressed their frustration to the court that none of the 16 accused of involvement in the violence against protestors that had led to three deaths and the injury of dozens had showed up in court and urged the judge to issue travel bans and official summons to make sure they do not have the opportunity to flee, which the court announced they will do at the end of the session. The absence of the defendants and the fact that key suspects were not indicted for the violations are indeed problematic. But the trial is nevertheless a watershed moment for Tunisia. To see serious violations finally addressed in a criminal court has tremendous significance for the victims and their families, but also for those, including Amnesty International members, who campaigned for years for freedom of expression and assembly, and for economic and social rights in Gafsa and elsewhere in Tunisia, as well as for accountability for perpetrators and justice for victims.

Wednesday was also very personally significant for me. To be able to observe the trial would have been inconceivable 10 years ago, let alone to hear victims name their torturers and demand justice in front of a judge without fear. To sit with the leaders of the protests and speak of how the city of Gafsa itself went into lock down with a heavy security presence to prevent defenders and supporters from reaching the court on the days of the trials in 2008 made the hope of justice stronger but also the urgency for it more pressing. It is not enough today in Tunisia to recognize the brutality of the oppression of the past. This and the other trials must not stop at being symbolic. The judiciary must step up efforts -including by ensuring the defendants are summoned to court to guarantee that these trials lead to the fair prosecution of those suspected of grave human rights violations in Tunisia and justice and redress for victims and their families. The prevailing environment of impunity for human rights violations in post-2011 Tunisia and the lack of political will to achieve accountability is one the main reasons that human rights violations such as torture continue in Tunisia today. The real test of Tunisia’s transitional justice process today is whether it can break the cycle of impunity for serious violations committed by security forces as a crucial step to guaranteeing non-repetition and fulfilling the right to a remedy for victims who have waited decades for truth and justice.

In addition, the Tunisian authorities continue to regularly violate the right to freedom of peaceful protest through the judicial harassment and collective punishment of those peacefully protesting social and economic conditions in the mining basin and elsewhere. The same court room in the Gafsa Court of First Instance has seen unfair trials against peaceful protestors from the mining basin region throughout the past four years protesting the same issues that lead to the 2008 uprising.  Dozens of protestors are sentenced in their absence every year for disrupting the liberty to work on the grounds of their participation in such protests.

Justice also means looking at historic systematic marginalization of interior regions in Tunisia. Despite the wealth brought to the country by the phosphate industry, Gafsa remains underdeveloped compared to northern and coastal regions. The populations of the mining basin still lack access to basic infrastructure and social services like adequate access to drinking water and healthcare, as well as economic opportunities. Justice for the victims of oppression can be achieved through the trials, but justice for Gafsa can only be achieved when the Tunisian authorities guarantee equal access to economic opportunities in historically marginalized regions and universal access to all to essential public services, including water and healthcare.