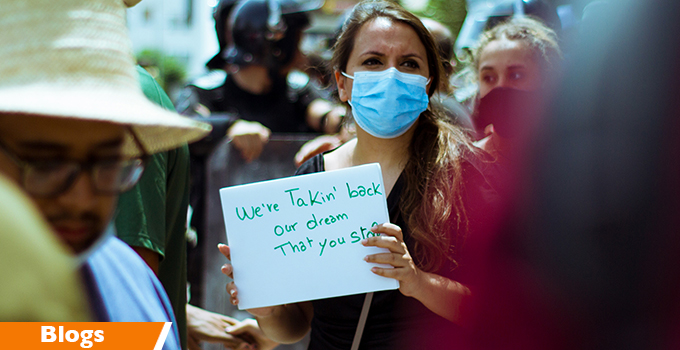 On the 25th of July, Tunisia witnessed a major shake-up of the political landscape. Here are some observations I made the following day, a vif and as a result of witnessing this event on ground.

Does this happen in every society? Or is it a Tunisian specificity? Either way, what have international observers made of it? Are there any lessons in this complex picture for Western political and media discourses on the Arab world? Will they ever learn?

Since 2011, Tunisia has occupied an increasingly more prominent position in Western political discourse on the Arab region to the point that it has become a rite of passage for emerging analysts and veteran commentators alike. Whether the matter at hand is social movements, political organization, democratic transition, security, foreign relations, governance, development or women—you name it, and Tunisia would be the port of call to say something about it. A climate of openness, of freedom of research and expression attracted graduate students, experts, think tank agents, and media commentators. My position as a Tunisian academic in a prominent Western university has been a rather priceless position from which to observe this Tunisia rush. Tunisia has been a living, social and political laboratory on which to test ideas, build careers and promote profiles across the spectrum of disciplines and ideologies. This is all good and a welcome corrective to decades of marginalization, particularly in Anglophone academia. And quite a bit of solid scholarship has emerged as a result of it.

Yet, this rite of passage has also authorized the emergence of at least two tendencies with distinct, neo-colonial inclinations. The first is the persistence and renewed energy of orientalist phantasmagorical desire, while the second has to do with neo-liberal paternalism. The 2011 revolution was the test case of the first, while subsequent developments, including the events of 25 July 2021 mentioned above, tested the latter. I have written about labelling the revolution, the entrenched belief in an inherent inability of Southern peoples to act in history and to think for themselves, which gave room to characterizations of the revolutions as conspiracy theories, foreign meddling, spontaneous uprisings, inability to account for local history and dynamics, etc.

First, then, was the suspension of reason in analyzing a major social event, embedded in a long history and deep culture of contention. Then came the infamous “advice” on how to run a society seen only as immature, in need of foreign expertise or paternal protection. Enter experts like Noah Feldman, US think tanks, regional veteran journalists, students, columnists, and enter arguments and uncritical support for so-called “moderate Islam,” transitional justice, a parliamentary system fit for sectarian nations, neo-liberal economic reform, more IMF, more debts, more liberalization. This was coupled with warnings against that infamous ‘Oriental despot’ lurking in the corner of each Arab society.

And so when the Tunisian elected president moved to suspend Parliament and sack the head of government amid the backdrop of brewing chaos, political inertia and a devastating pandemic crisis, many declared a coup and the return of dictatorship. Never mind that: people went out to celebrate; that the ruling Islamist party Ennahdha found itself out of power and out of base; that no freedoms were suspended and not a drop of blood was shed; that no serious Tunisian force or body protested or asked for foreign attention; that many saw in this a renewal of the revolutionary path. Still, The Guardian, to name just a surprising voice, decided that Tunisians are perhaps too weak to defend their hard-won freedoms, too naive to learn from what the newspaper called “regional” history, too ignorant to understand the complexity of what is going on and would be well advised not to shun “moderate Islamist” politics and neo-liberal economics. Other voices, particularly in the US, fueled by pro-Islamist voices and the Al-Jazeera network, even called for withholding aid, including vaccines to stop an alleged “coup.”

Tunisians have spoken, in their majority, against corruption, against the deterioration of their economic lives, and against the impunity of their elected officials, especially members of the Parliament. Horizons of hope had been closed, and they sought some reprieve. They have done so through indefatigable, peaceful protests, including demonstrations in the morning of 25 July, Republic Day. The country’s marginalized President Kais Saied, elected specifically because he was perceived as clean and a man of the law, emerged from his marginality and took central stage by activating the very constitution which marginalized his office. People accepted that and expressed solidarity and vigilance at the same time. And then they went back to work, just like they did in 2011. They made a revolution on Friday the 14th of January, 2011 and went back to work on Monday the 17th.

They had no fantasies then. They have no fantasies now. Neither do they think that President Saied will answer all the expectations, nor that a foreign expert will show them the way. Simply, they are seeing that a new pathway for a better life has opened up by clearing out major stumbling blocks—done legally and peacefully by this President. They are not likely to forget the image of Rached Ghannouchi, President of the hated parliament and life-time president of Ennahda party, standing in front of the closed iron gates of Parliament at dawn, begging a soldier to let him in while the soldier responded politely that his mission was to “serve the nation,” not individuals, no matter how much power they may hold. Western “experts” could have predicted that. They were able to believe what they actually saw and heard. In their well-entrenched imaginary, something was decidedly wrong with this picture. The complexity was too much to handle for minds trained to see Tunisia, and the region as a whole, as easily knowable if not already known. No wonder many of them have rushed to cry foul.