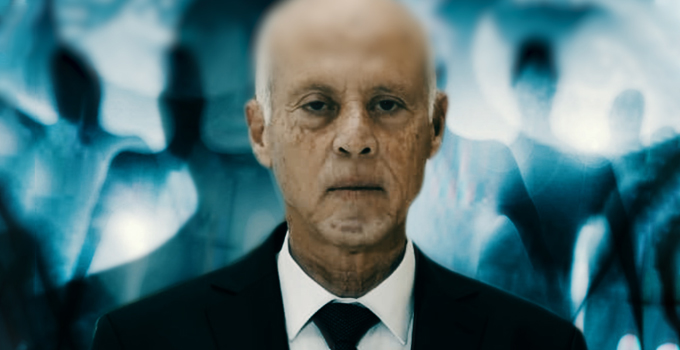 Since his sweeping decisions announced on July 25, President Kais Saied has repeatedly pointed his finger at judicial authorities. Addressing the nation on July 25, he accused the judiciary of burying certain cases. Promising to cleanse the sector, Saied announced that he would preside over the office of the public prosecutor. Since then, cases accusing judges of wrongdoing have emerged, with 45 officials now placed under house arrest. Among them are Béchir Akermi, former general prosecutor of the Tunis Court of First Instance, as well as Taïeb Rached, chief justice of the Court of Cassation [Highest Court of Appeal].

Tunisians’ widespread distrust of the judiciary only increased when customs officials intercepted a judge in possession of 1.5 million dinars worth of cash in foreign currency. Many are criticizing the judicial sector, which has a reputation for favoring a system of impunity and corruption in Tunisia. Commenting on this affair, President Saied once again pointed an accusatory finger at judicial officials, expressing his outrage at the judge’s transgression. Without making any new appointments, the president asserted that he would not intervene in the functioning of the justice system but he said that judges have to assume their responsibilities. « Anyone complicit in these acts will be held accountable », he said.

The president’s statements were met with concern by groups representing magistrates. The Higher Judicial Council (CSM by its French acronym) denounced, in a statement published August 20, « the denunciation campaigns » carried out against magistrates.

The Tunisian Magistrates Union (SMT) warned that the instrumentalization of « individual violations » could harm the entire sector. The Association of Tunisian Magistrates (AMT) has also echoed this. « Justice must be served without promoting an inquisitorial climate against magistrates. The latter should neither be above the law nor objects of denunciation of inquisition » Lamia Mejri, judge and member of the AMT executive bureau, told Nawaat.

Like the SMT, Mejri characterizes cases against certain magistrates as « exceptions to the rule » and not representative of all judicial officials. « Like in many sectors in Tunisia, the judiciary corps is rife with corruption. We must not deny this fact but fight it and certainly do it without populism », she said.

« What do we gain by reinforcing Tunisians’ mistrust of the judiciary? Can we do without this authority? It is a component of government that is essential to building a solid democracy », Mejri added 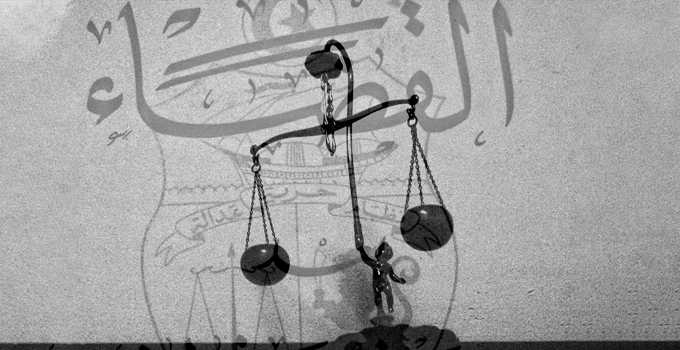 Kais Saied’s decision to handle the public prosecutor’s office has sparked fears concerning the appropriation of all government powers by a single man. Given this context, the CSM cautioned against any attempt to intervene in the functioning of the judiciary: « According to the Constitution and international conventions, it is forbidden for anyone to intervene in its jurisdiction ». The CSM also recalled its legal authority to examine and make rulings in cases that involve magistrates.

The SMT and AMT also underlined that the independence of the judiciary must not be compromised. Lamia Mejri also insisted on this point. Presented by Saied as a means to bring certain affairs to light, his assuming the duties of public prosecutor is « as detrimental to the president as it is for the justice system itself », Mejri said. « We recognize there is a crisis that has destabilized the country », Mejri continued, « and judicial officials have their part to play in this as the president has stated. But we cannot accept this option even as a temporary solution ».

According to the judge, it is the justice system’s responsibility to carry out legal proceedings since it is « above all the fray ». The president assuming the role of public prosecutor « is just as sensitive for the presidency which risks being accused of running a selective justice system ».

According to Lamia Mejri, the CSM and the General Inspectorate of judicial affairs should act quickly to dredge up and make rulings on cases involving magistrates. She calls on the same bodies to inform public opinion about these proceedings in order to reestablish confidence in the justice system.

Two cases in particular have made headlines over the past several months. The first involves Béchir Akermi, the former public prosecutor accused of obstructing justice in affairs relating to political assassinations, and also of having covered up information relating to terrorism. The second case involves the chief justice of the court of cassation, Taïeb Rached. Rached is accused of falsification and embezzlement among other offenses.

Largely symbolic because the implicated magistrates occupy high positions, these two cases remain the object of much procrastination. It was not until August 20 that Taïeb Rached’s dossier was finally transferred to the public prosecutor’s office, and Rached dismissed from his position. Akermi’s case is still pending within the CSM.

Accused of corporatism for having criticized Akermi’s house arrest, the AMT defended itself.
« We have always demanded firmness in the handling of cases involving magistrates. These affairs have remained on hold due to the disfunction of regulatory authorities, namely the General Inspectorate of judicial affairs which is in charge of necessary investigations, and also the CSM, which is the only body authorized to take disciplinary measures against magistrates », said Lamia Mejri. Had the CSM followed up on these cases and pronounced rulings in a timely manner, Mejri explained, it could have defended itself and avoided the judiciary body’s tarnished reputation.

Mejri nevertheless qualified her observations: « It is true that internal oversight mechanisms have a track record that is as unsatisfactory for judiciary officials as it is for the Tunisian people. But we must remember that before the CSM was set up, the justice system didn’t function properly owing to transgressions committed by certain magistrates and to political instrumentalization. When the CSM was set up after the revolution, there was a positive evolution. It is the CSM that launched investigative procedures into cases involving the country’s highest judiciary officials, specifically Béchir Akermi and Taïeb Rached. No such disciplinary measures could have been initiated before the revolution », says Mejri.

The judge concedes, however, that the CSM is undermined by political influence. According to her, the fact that those cases have yet to be adjudicated indicates « a blockage within the authority itself ». Mejri clarified: « It is clear that the decisions taken by certain members of the CSM are subject to political pressure ».

Mejri denounced the overlapping of executive and judiciary powers in government. That the General Inspectorate of judicial affairs operates under the Ministry of Justice « enables politicians to intervene directly in its work », she lamented. As an example, Mejri cited former interim minister of justice Hasna Ben Slimane, who allegedly kept Béchir Akermi’s dossier hidden at home.

Mejri said that while some independent judges are found guilty by the General Inspectorate, others—who have certain political allegiances—manage to slip through the cracks of the justice system, with investigations never having been carried out by General Inspectorate.

« The General Inspectorate must be protected from influence by the executive power. It must become an independent body, subject to internal and external control mechanisms, and required to publish an annual report on its activities », she said. 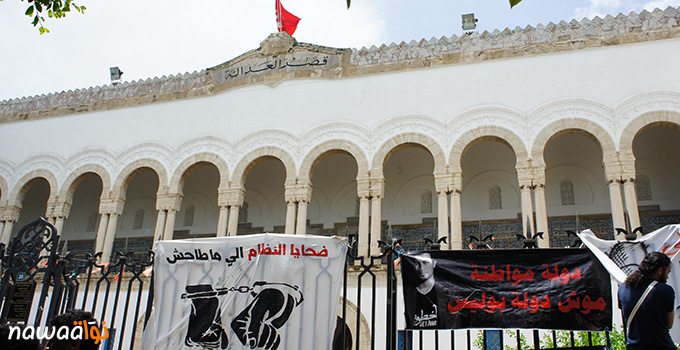 Among the other measures called for by both the AMT and the SMT: overhauling the transferral of judges between positions. « The most independent, upstanding judges must be appointed by the CSM to key positions, while corrupt judges must be removed from high positions », Mejri argues.

Finally, an overhaul of the judiciary body requires legislative reforms that have yet to materialize. And yet certain laws are necessary to guarantee the proper functioning and independence of the justice system. It is owing to a « lack of political will », as Mejri explained, that the organic law on magistrates, the organic law on the General Inspectorate and the Code of administrative justice have still not been enacted.

Here Mejri recounted her experience as member of a commission within the Ministry of Justice tasked with formulating the law on the General Inspectorate. « The draft law was 80% complete when the president of the commission, Néji Baccouche, resigned without giving the real reasons for his resignation. Other resignations followed, and then the commission was dissolved. The draft law, which would have guaranteed the authority’s independence and integrity, was thus abandoned ». She added:« Politicians have no interest in the General Inspectorate being independent ». The same is true for the independence of the CSM, « whose governing legal text suffers from unconstitutionalities and loopholes that prevent it having autonomy from political power ».

A different commission within the same Ministry that had been tackling an organic draft law on magistrates was also dissolved. « But the criteria for training and recruiting magistrates must be revised. Officials must have a strong foundation in the principles of human rights and professional ethics. Guarantees for the independence of the public prosecutor must also be put in place. These things remain unaccomplished due to the absence of such legislation », Mejri concluded.

Neither outgoing governments nor parliament have acted to implement these long-awaited and pressing reforms. And beyond his lofty rhetoric, even the president himself has yet to display his will to push for real change in the sector.