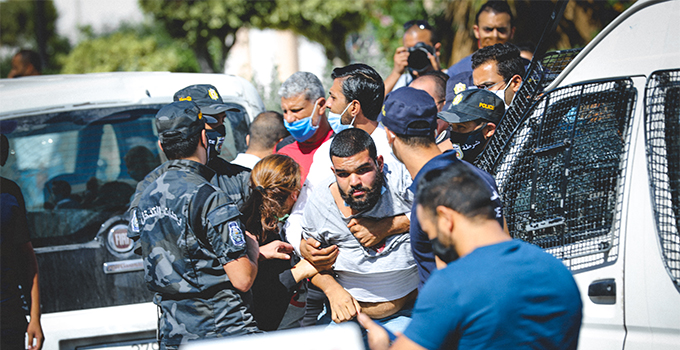 On Tuesday, October 6, demonstrators gathered in front of Parliament to protest a draft law under discussion seeking to grant security forces legal immunity from prosecution for use of force—the first of several protests against the law this week. Police forces then assaulted protesters and detained four of them at a police station in the Bardo neighborhood. Meshkal/Nawaat spoke with the four people who were detained and later released about the police abuse they experienced.