Their passion is all the more torrid given the couple’s history of domestic disputes. Until this point, this was most clearly illustrated in relations between leaders of the Ennahda party and Qalb Tounes. The country’s last presidential and legislative elections were preceded by a fierce campaign and a bitter war between the two parties. Ennahda called Nabil Karoui’s party corrupt, accusing it of mafia activities and manipulating the underprivileged through its populist discourse. For its part, Qalb Tounes vilified Ennahda, labelling it an extremist religious party involved in political assassinations and blaming it for being the source of terrorism and sending young Tunisians to hotbeds of unrest.

There’s no alliance, we swear!

Both before and after the elections, Ennahda and Qalb Tounes repeatedly proclaimed that there was no possibility of rapprochement between the two. Karoui’s party ruled out any alliance with the « brothers » and accomplices of terrorism. Meanwhile, the Islamist movement swore on what is most sacred that there would be no agreement with the representative of corruption lobbies, which labeling Qalb Tounes the « macaroni party ». Following the invectives and insults, a legal war ensued, ending in Karoui’s incarceration. Karoui at the time was running as a candidate in the presidential elections.

Ultimately, this extreme polarization enabled both parties to pick up dozens of seats in parliament—securing first and second place. At this point, Ennahda feigned surprise in discovering that its adversary was democratic, going so far as to paper over accusations of corruption and populism. Karoui for his part discovered in Rached Ghannouchi « a guarantee for democratic Tunisia », a venerable sheikh beyond all suspicion, and the only thing keeping him from the title of Tunisia’s greatest democrat is the wearing of a red tie. 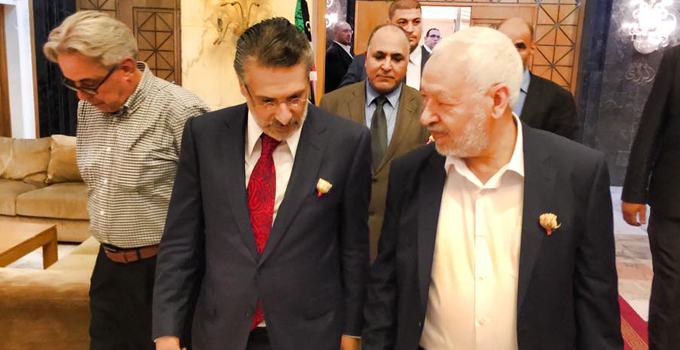 As in any marriage, the relationship between Ennahda and Qalb Tounes went through some stormy episodes at its start, particularly during the events surrounding Habib Jemli’s aborted government. But as in every successful marriage, the storm quickly dissipated and love prevailed. Ennahda demanded that Elyes Fakhfakh extend his political belt to make room in government for Qalb Tounes. The scenario was defended tooth and nail until the belt fell, and with it Fakhfakh’s government. If anything, this further fed the flames of love between Karoui and Ghannouchi’s parties. But words are never enough in this kind of union, and Karoui swore to high heaven that the sheikh would not fall and that Parliament’s motion to withdraw confidence would not pass. It is in this passionate context that the simultaneously positive and negative vote was invented.

Since that episode, the love story between Karoui and Ghannouchi has become something of a myth, inspiring younger generations. Treading in the footsteps of their illustrious elders, the leaders of Qalb Tounes and Al-Karama’s parliamentary blocks thus initiated their own tactics of seduction following declared hostility. Touched by the grace of this love, Al-Karama is no longer considered the « offspring of the Leagues for the Protection of the Revolution » nor « Ennahda’s bumper», while in parliament Qalb Tounes no longer represents corruption or « those who feed on the suffering of the poor ». Love and serenity can finally reign between the two parties. Issues likely to stir discord are carefully avoided. Neither salt nor gasoline can henceforth upset this alliance. To justify the new relationship, the leader of the Al-Karama Coalition Parliamentary bloc even published a Facebook status.

But does the budding alliance between Qalb Tounes and Al-Karama really come as a surprise to the informed observer? Sure, both parties competed in populist rhetoric and hostile declarations before elections to glean the votes of undecided voters. At the core, however, the two sides hardly differ on essential issues.

In their economic and social programs, Qalb Tounes and Al-Karama converge in advocating an ultraliberal model that calls for the opening of all vital public sectors—such as health, education and transport—to private actors. Furthermore, the two parties question the State’s social role, particularly with regards to the Compensation Fund, support for social funding and the protection of the population’s most vulnerable segments (which represent the parties’ electoral base).

Qalb Tounes and Al-Karama both call to privatize public institutions like Tunisair and STEG, under the pretext that these companies are facing difficulties. Indeed, both parties consider the solution to the public sector crisis is to open it up to foreign investments (the media sector included). Finally, Karoui’s party and Makhlouf’s coalition see no objection to Tunisia’s complete submission to the IMF’s recommendations and « painful reforms ». 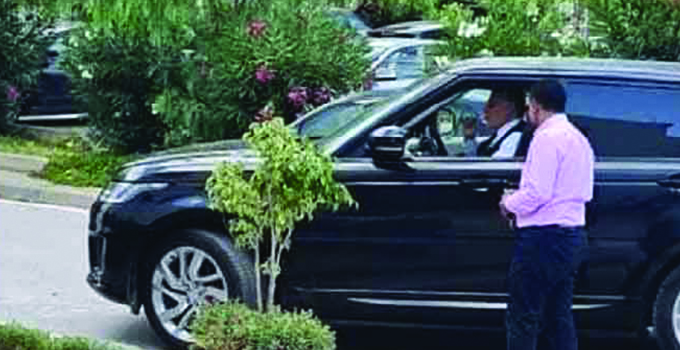 Hostile to Freedom of the Press

Qalb Tounes and the Karam Coalition are also defined by their hostility to freedom of the press. In this regard, they submitted a draft amendment to Decree 116 regarding freedom of audiovisual communication. The amendment in question aims to protect outlaw audiovisual media, such as the television stations Nessma and Zitouna as well as the radio station Quran Karim. The draft amendment aims to open up audiovisual media to foreign investors—especially Italians, Turks and Qataris—which the current law does not permit.

As for women’s issues, both parties stand out for their rejection of complete equality between women and men, specifically with regards to inheritance. When we consider their economic and social visions, and where they stand in terms of rights and liberties, we can find no fundamental difference between Qalb Tounes, the Al-Karama Coalition, and Ennahda. In other words, at this stage in the game, their alliance appears natural and even rational, to the extent that it is based on convergent interests. Emotions stirred up by the electoral race now subsided, the marriage between Qalb Tounes and Al-Karama seems in fact to follow the natural course of things.

In the future, this model love story could even inspire other parties. Ennahdha and the Free Destourian Party (PDL) may well show their mutual enmity, but their economic and social visions converge, as do their positions on rights and liberties. It would hardly be surprising, after so much adversity, to witness the birth of a tumultuous love between Abir Moussi’s PDL and Ghannouchi’s party. The love of the oh-so-pragmatic sheikh Ghannouchi can hardly be exclusive and flourishes in plurality.