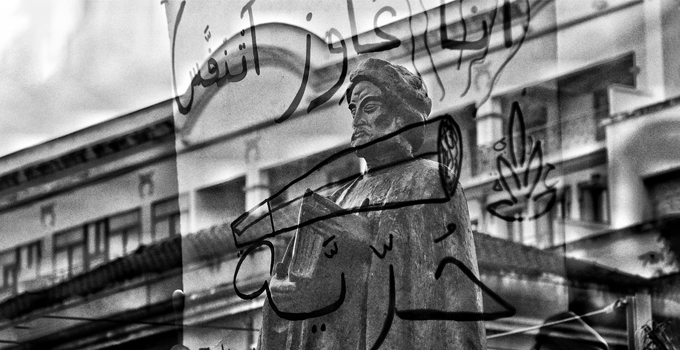 On January 21, the Court of First Instance of El Kef sentenced three young people to 30 years in prison for the use of cannabis in a public space. The sentence caused a scandal, reviving the debate around Law 52 of 1992 relating to narcotics. A court hearing for the three youths from El Kef set for February 16 was postponed to March 9, when two of the three were released, but the controversy is still likely to linger.

Issued during the Ben Ali era, Law 52 mandates a minimum one year prison sentence for the possession and use of narcotics. Having once served as a means to restrain youth, the law has continued to be enforced even after the revolution, provoking a mobilization that aims to repeal it.

An Amendment, but no Change?

It wasn’t until 2017 that the law was partially reformed. The amendment of Law 52 allowed for judges issuing sentences to take into consideration mitigating circumstances, which was not the case in the law’s original version. This discretionary power granted to judges allows them to replace a prison sentence with the a probation or a fine; the goal is to avoid landing those accused of drug use in a prison cell and in turn destroying their future. 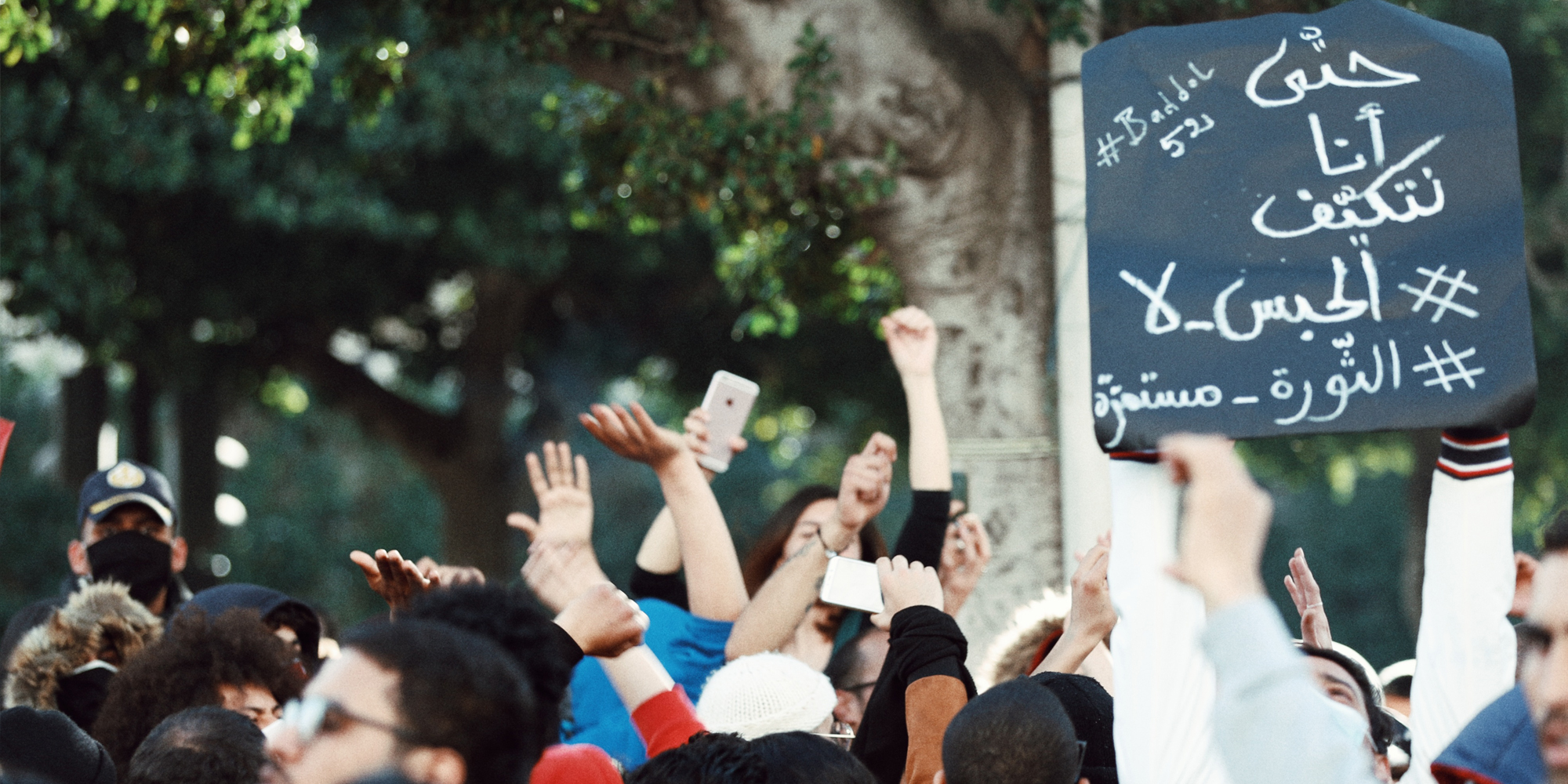 Have there been any changes in practice since the law’s text was reformed? Not really, according to Marie-Caroline Motta, project coordinator and director of the detention issue for the Tunisia chapter of Lawyers Without Borders.

On paper, the reform was good, but in reality, there were no significant changes,

For lawyer Ghazi Mrabet of the collective #AlSajin52, although convictions continue to be made on the basis of Law 52, the amendment has enabled « thousands of people to be saved from imprisonment since most of the accused face a conditional prison sentence and a fine, or one of these penalties », he was happy to tell Nawaat. According to Mrabet, the recent 30-year prison sentence is « exceptional ».

Statistics that the General Committee of Prisons and Reeducation (CGPR) shared with Lawyers Without Borders show that 7,998 sentences were issued in cases relating to narcotics between 2017 and March 4, 2019.

Indeed, article 54 of the Code of Penal Procedures grants judges the option of launching an inquiry into the personality, socio-economic situation and psychological state of an accused individual in order to render a more adapted judgement.

« And yet these pre-sentence social investigations are almost never carried out in Tunisia. When they are, they are the initiative of the accused individual’s lawyer and take place in precarious financial conditions and in a very restricted period of time », reads a February 4 report put together by Lawyers Without Borders, the Tunisian Society of Addiction Studies (STADD), the Tunisian Association for the Defense of Individual Liberties (ADLI), and the association By Lehwem. 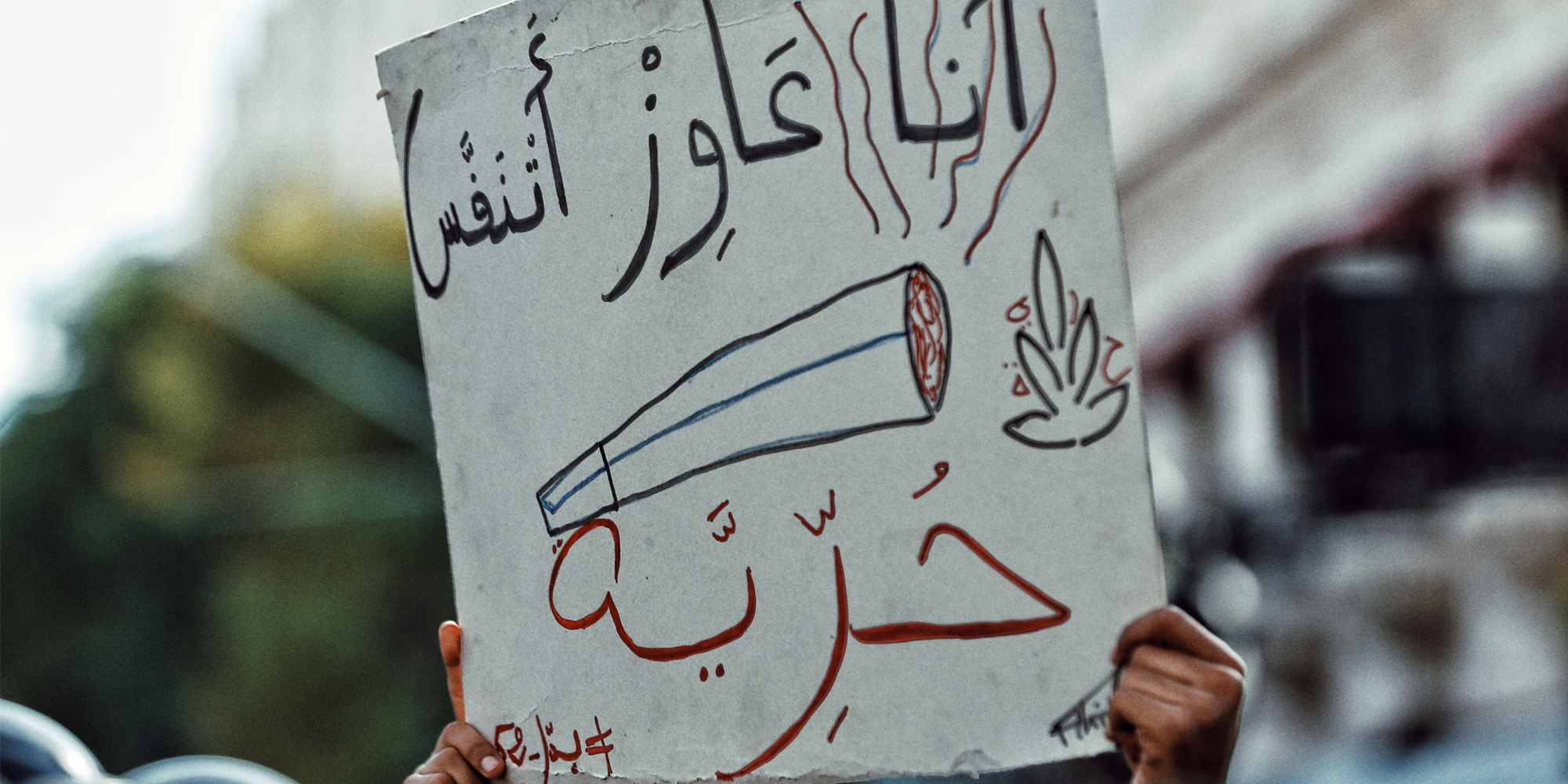 In nearly all of the cases observed, or 97.62% of the 168 cases, arrests take place following random and illegal searches carried out on public roads. This practice, which is associated with the profiling of youth from certain neighborhoods, is sometimes enough to justify presumption of guilt followed by incarceration,

This social category does not have the same chance of a fair trial with regard to the individual’s precarious situation and ignorance about his rights. The plight of such individuals continues when they appear before a judge.

« The court set up to examine the case is not always impartial. The majority of time, the court proceeds to a hasty ruling which is to the disadvantage of the accused individual », the report points out.

Abusive use of Preventative Detention

Even they don’t receive a prison sentence, an accused individual won’t escape pretrial detention. The measure is used in an abusive way, Motta noted. According to article 84 of the Code of Penal Procedures, pretrial detention is an « exceptional » measure. It must be justified by major imperatives explicitly laid out under article 85 of the same code which holds that « the accused can be subjected to pretrial detention (…) at any time only if there exist serious suspicions, if detention seems necessary as a security measure to prevent new violations, as a guarantee of the sentence’s enforcement, or as a means of ensuring the security of information ». Use of the measure must therefore be justified, « but this is often not the case and the accused are moved systematically to pretrial detention », said Motta. The result is the overcrowding of prisons.

Ghazi Mrabet confirms this observation. « It is rare for the accused to be released in drug-related cases », he said, adding that many of these individuals believe they will be let off the hook when they reveal their dealer’s identity. « But a dealer is difficult for the police to arrest, and until his arrest and confrontation with the accused, the latter wastes away in prison ». 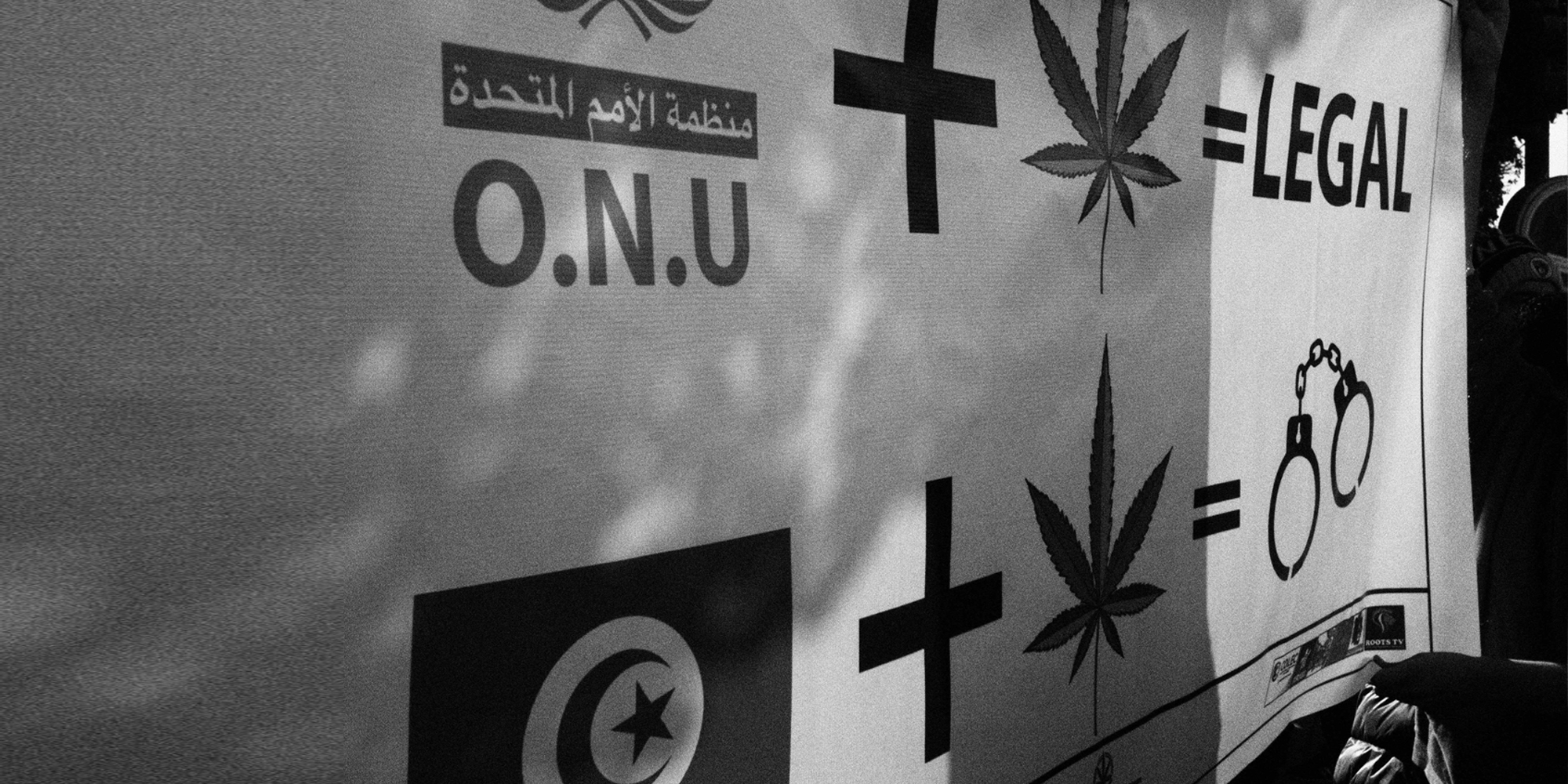 To alleviate the injury caused by this repressive useof pretrial detention, Mrabet and Motta advocate for the elimination of all sentences under Law 52 that deprive individuals of their freedom.

Repealing the prison sentence enables the immediate elimination of the pretrial detention issue,

Mrabet concurs. « While waiting for an eventual societal debate on cannabis use, it is urgent to suspend prison sentences, especially since this measure could swiftly beapproved by the ARP ».

Necessary Decriminalization of Drug Use

Overhauling the law is necessary because of the way it conflates different issues. Lawmakers and judges do not differentiate between hard and soft drugs. And drug use goes hand in hand with detention, Mrabet said.

« A person who smokes a joint in public is thus equated with a person in possession of kilos of cocaine. Both risk a 30 year prison sentence », he remarked.

The organizations who signed the policy report advocate for decriminalization of narcotics use in order to put a stop to its effects. They also urge depenalization to take away the possibility of judgesissuing prison sentences. The third option they offer is a “de-judicialization” to allow non-criminal sentencing, making an appeal for something such as « social or community treatment for the drug user ». 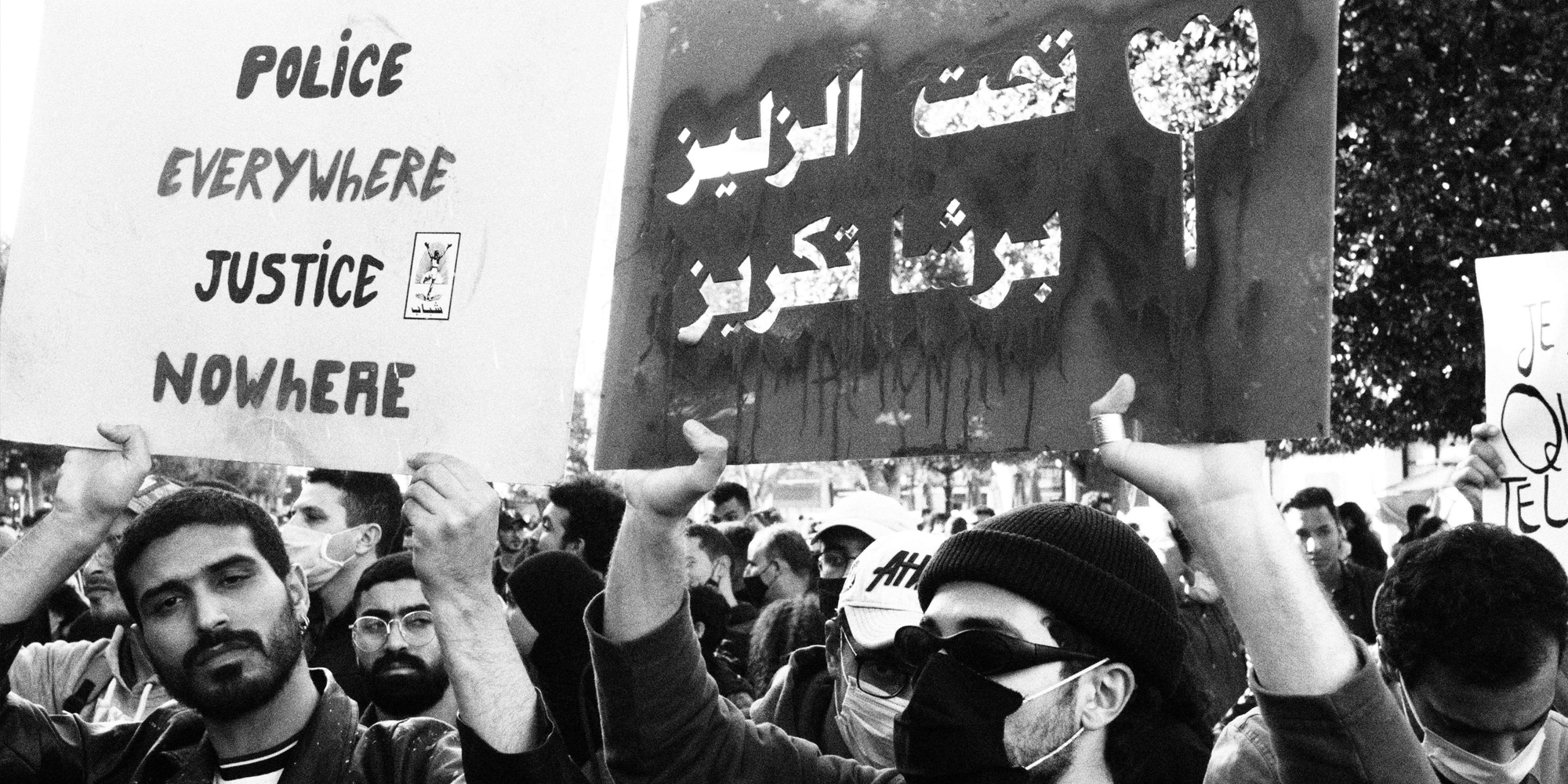 The NGOs note that the parliamentary commission tasked with reforming the Code of Penal Procedures has already proposed limiting the almost systematic recourse to pretrial detention and insteadimplementing alternatives such as release with parole or electronic surveillance.

« Civil society associations and structures already in place can complement public service actions by providing care services and rehabilitation of drug addicts. Without an apparatus—costly, but much less costly than prison—within the justice system and without civil society’s voluntary contribution, measures in an open environment will remain unheeded under a law that is reformed but ineffective », write the organizations.

According to these organizations, drug use in Tunisia is a public health problem and not a penal violation. Their approach thus encourages a dissociation between the use, trafficking, and production of narcotics, in particular because the criminal approach has shown its limits.

« The statistics available show that the majority of those convicted for violations relating to the use of narcotics relapse. In sum, this indicates that the increase in the sentencing of alternative measures risks indirectly contributing to an increase in the number of those who enter into detention », the report reads.

Following the outcry provoked by the conviction of the three young people to 30 years in prison, Prime Minister Hichem Mechichi spoke on February 1, urging that « Law 52 must be revised … It is excessive that a young person be sentenced to 30 years in prison for the use of a narcotic ». The government is preparing a new legislative initiative to revise Law 52 relating to drug use in order to soften the sentences, Moez Lidinallah Mokaddem, the head of Mechichi’s office, told Nawaat.