Last Thursday, November 17, Tunisia’s Truth and Dignity Commission held the country’s first public hearings with victims of human rights violations carried out under the Bourguiba and Ben Ali regimes. Torture victims—including former political prisoners Sami Brahem and Gilbert Naccache—as well as the families of the disappeared and martyrs of the revolution testified on national television. A number of political figures (Ennahdha Party leader Rached Ghannouchi, Hamma Hammami of the Popular Front, Mustapha Ben Jaafar of Ettakatol, Houcine Abassi of the UGTT) also attended the hearings, which represent a historical moment and crucial phase of Tunisia’s transitional justice process. Notably, the President of the Republic, the Prime Minister, and the head of Parliament were not present at the hearings. 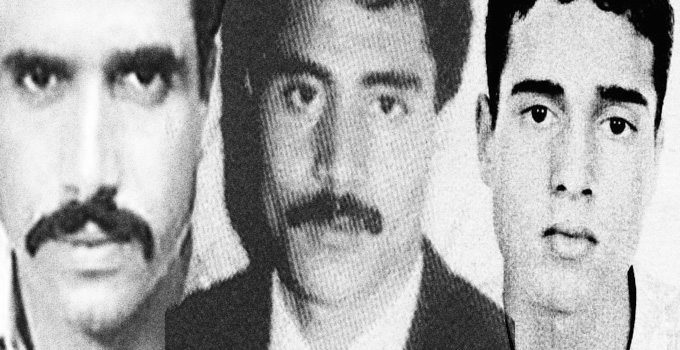 On October 7, 1991, Kamel Matmati leaves his home in Gabes, never to return. Last Thursday, November 17, twenty-five years after his disappearance, Matmati’s mother and wife bear witness to the pain and frustration that his family has suffered and continues to endure during the public hearing with the Truth and Dignity Commission (TDC). “The wounds will not heal as long as his remains and those responsible for his disappearance are not discovered,” says Latifa Matmati, Kamel Matmati’s wife.

Kamel Matmati’s case was selected by the TDC as representative of other enforced disappearances, classed as a human rights violation under Article 8 of Law 2013-53 (24 December 2013) concerning the establishment and organization of transitional justice.

Matmati, an Islamist activist, was arrested the morning of October 7, 1991, at his place of work, the Tunisian Electricity and Gas Company (STEG) in Gabes. Abdallah Kallel, Minister of the Interior at the time (who was freed July 10, 2013 after serving two years in prison), ordered his inferiors to track political activists to the end of silencing all opposition to the regime.

Even in this climate of repression and fear, the Matmati family did not give up. For years, they searched for Kamel, but in vain. Authorities never responded to their demand for the truth, nor did they ever return the body even after the revolution. In 1992, a special court of the dictatorship condemned him in contumacy to 17 years in prison—although he was no longer alive. In 2009, witnesses confirmed the death to his family. Concurring testimonies given during a judiciary investigation opened in 2012 confirmed that Kamel Matmati’s death was the result of torture carried out by police during the first 48 hours of his arrest. In 2016, the State finally admitted to Matmati’s fate, providing his family with a death certificate. 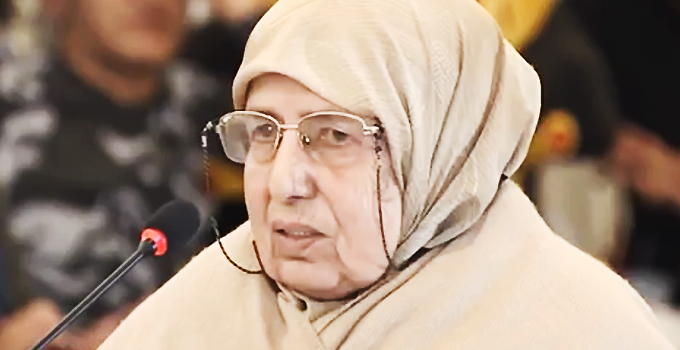 Recalling the long search for her son, Matmati’s mother recounts:

I left for Tunis where I spent four relentless years searching. I was always on my feet … going from one place to another. My sefsari [a traditional headscarf] was wet with rain and mud in the winter, sweat in the summer. I spent hours before the court. I went to all of Tunisia’s prisons. Even on the eve of holidays…

Her words capture the pain experienced by families of the disappeared. Matmati’s mother has only one request 25 years after his disappearance: to bury her son. “It was the wish of his father who died with the bitterness of never knowing the fate of his son,” says his mother amidst sobs.

“Those arrested… have frequently been held by officers of the DSS in prolonged incommunicado detention, lasting weeks or months, during which the detention is not acknowledged or the fate or whereabouts of the detainee is concealed, leaving the detainee outside the protection of the law, a situation that amounts to enforced disappearance. … Police, including the DSS, in many instances in political and security-related cases, falsify arrest dates in official case documentation in order to suggest that the detainee was arrested several days or even weeks later than was actually the case,” notes the report without specifying any numbers.

November 25, 1996: Fethi Louhichi who worked in Gabes’ industrial zone was arrested by political police and never found. His family, lawyers and associations demanded, in vain, information concerning the site of his arrest. On February 18, 2008, Louhichi’s lawyers filed a complaint with the public prosecutor. Still today they have received no reply.

September 30, 2009: Walid Hosni, a student at the University of Health Sciences (Ecole supérieur des sciences et techniques de santé), left his house in Ben Arous, never to return. His family still has no information about his disappearance. They searched for Hosni in hospitals, prisons, and military compounds. After several complaints were filed, authorities attempted to convince the family that their son had left the country. During the police investigation into his disappearance, the family was harassed and threatened for their son’s religious practices.

February 19, 2009: Abdelmottaleb Ben Marzoug, a merchant in Gabes, was arrested in front of his work. His family remained without any information for 22 days. Ben Marzoug was secretly detained at the Interior Ministry where he was tortured before being presented before the judge. According to a press release published on March 27, 2009 by the International Organization against Torture, Ben Marzoug had admitted under torture to his “presumed participation in the attack on a bar. Among other things, he was accused of belonging to a terrorist group. No medical test was conducted nor treatment provided following allegations of torture and mistreatment.”

The impunity of the Interior Ministry was reinforced by the penal code’s absence of any protection for victims of enforced disappearance. On March 8, 2016, the Geneva Committee on Enforced Disappearances examined Tunisia’s June 2011 report ratifying the International Convention for the Protection of all Persons from Enforced Disappearance. In practice, Tunisia has yet to integrate the criminalization of this practice into the penal code in accordance with Article 2 of the International Convention. The only legal mention of the practice is found in Law 2013-53 (mentioned above) which lists enforced disappearances among grave human rights violations.

In the meantime, there is still no clear definition of this violation in Tunisian law. According to the International Convention, “ ‘enforced disappearance’ is considered to be the arrest, detention, abduction or any other form of deprivation of liberty by agents of the State or by persons or groups of persons acting with authorization, support or acquiescence of the State, followed by refusal to acknowledge the deprivation of liberty or by concealment of the fate or whereabouts of the disappeared person, which place such a person outside the protection of the law.”